On Monday, November 9, 2020, a multi-agency U.S. delegation presented the third U.S. report under the Universal Periodic Review.  Our delegation was be co-chaired by Ambassador Andrew P. Bremberg, Permanent Representative of the United States to the United Nations in Geneva, Robert Destro, Assistant Secretary of State for Democracy, Human Rights, and Labor and Marik String, Acting Legal Adviser, Department of State.

The United States is a strong supporter of the UPR process, which provides a unique avenue for the global community to discuss human rights around the world.

The Universal Periodic Review (UPR) is a process through which all UN Member States are provided the opportunity to review the human rights records of all other Member States.  At the same time, each State under review has the opportunity to report on human rights conditions within their own borders, including actions that have been taken to address concerns detailed by other States.  Individual countries are scheduled for review every four and a half years.  The U.S. report discussed on November 9, 2020 is the third report by the United States to the UPR.

UPR reports submitted by the United States Government reflect significant interagency input, as well as consideration of information collected via consultations with civil society and the American public.

Statements by Members of the U.S. Delegation 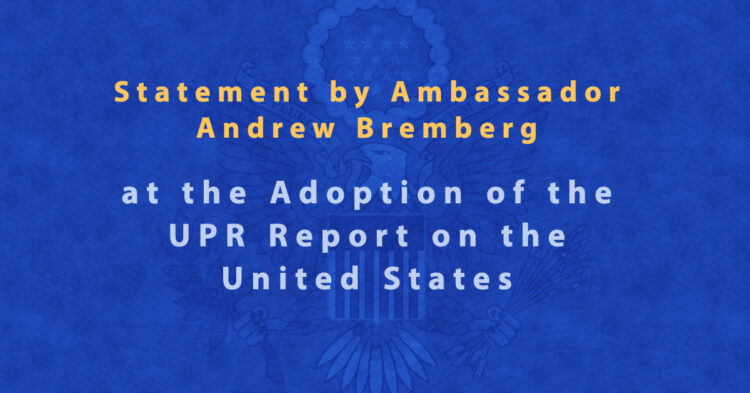 I am proud to be a citizen of a country whose ideals and action of protecting freedom and human dignity are so clear and so inspiring to so many. 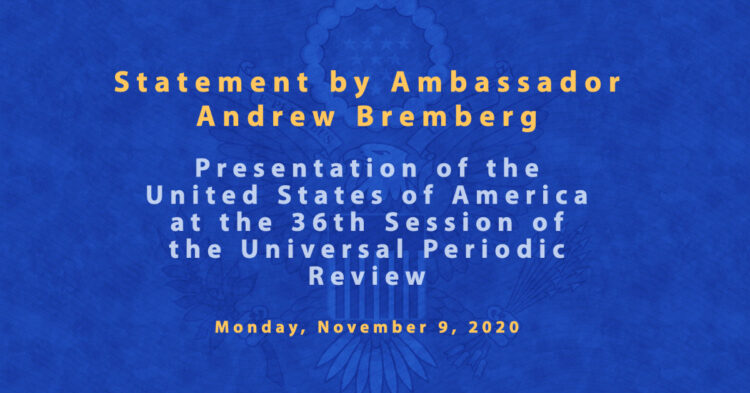 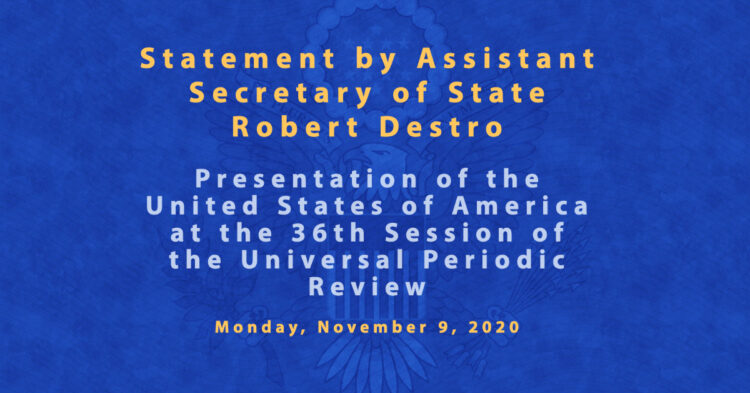 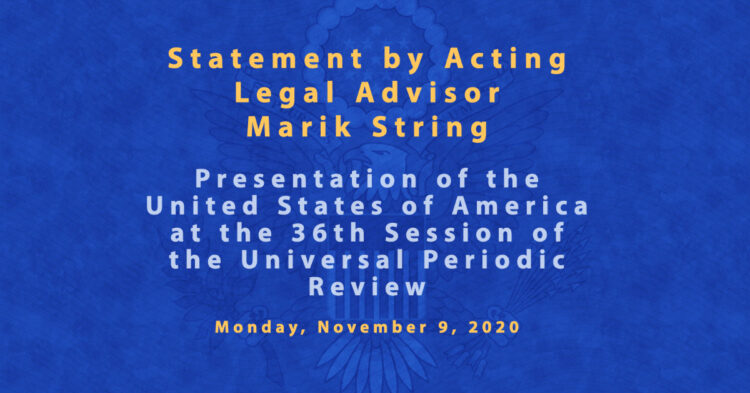 The United States strongly supports this process, which, consistent with the purposes of the United Nations as set forth in the UN Charter, provides a clear example of how international cooperation can promote and encourage respect for human rights and fundamental freedoms for all. 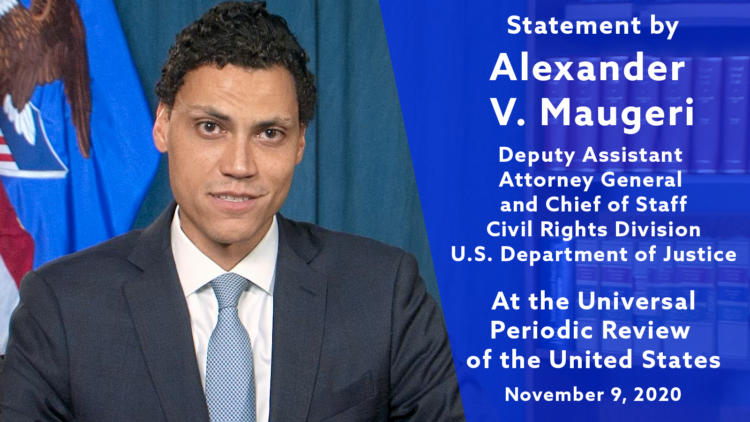 I’d like to begin today with issues that have been in focus in recent months and about which we have received many questions, including the use of force by law enforcement. 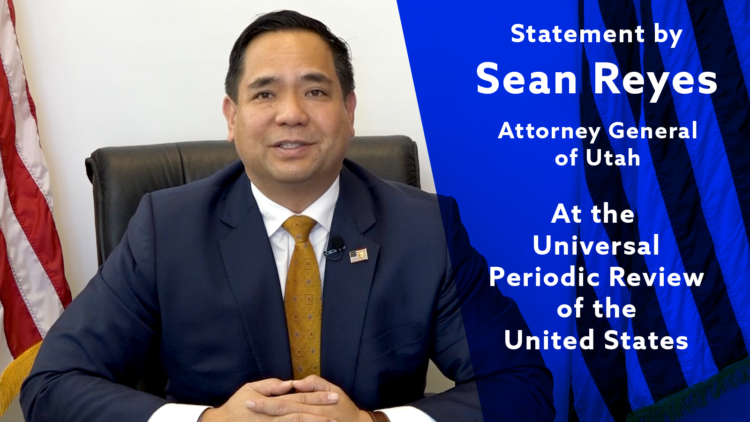 The Utah Attorney General’s Office has taken significant steps to respond to and prevent incidents of excessive police force. Since the 2014 racial protests in America, our office has been a leader in providing violence de-escalation training. 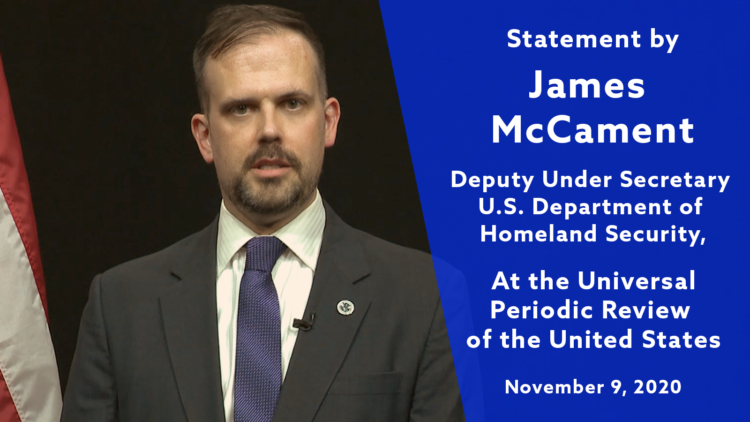 DHS supports the U.S. Government’s commitment to upholding and advancing the promotion and protection of human rights and fundamental freedoms around the world. 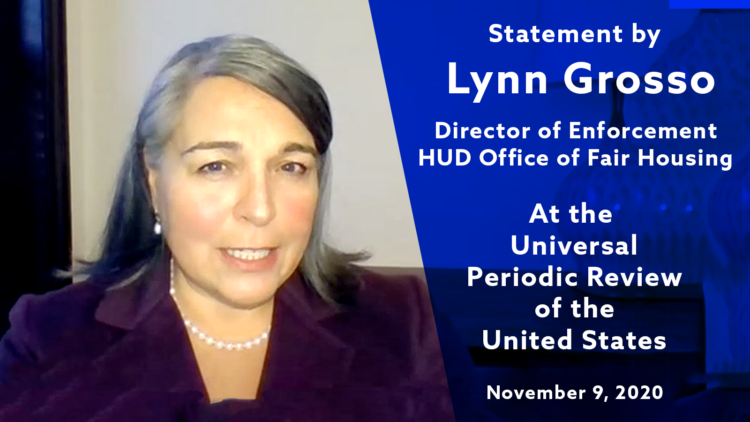 Since our last UPR, we’ve continued to support programs to protect individuals from discrimination, to combat homelessness, and to increase affordability and choice in the housing market. 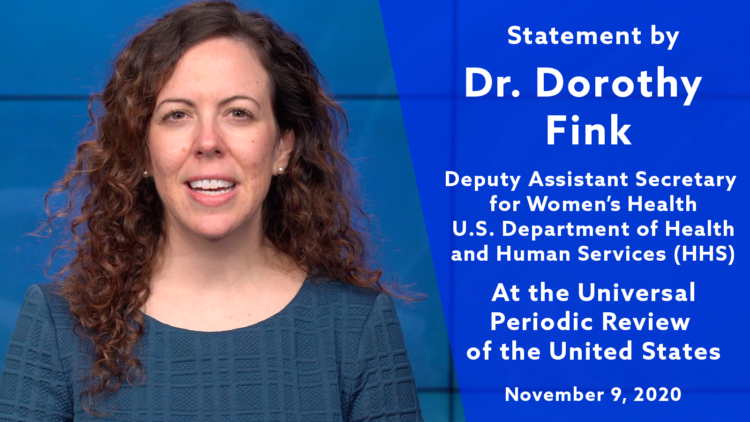 I am honored to talk to you about the importance of health to the U.S. government, and what we are doing to help people who live in the United States live healthy lives. 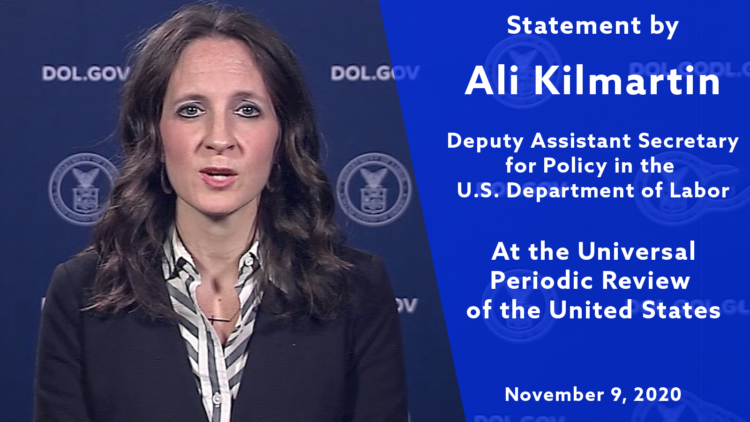 It’s a pleasure to provide you some information on how the United States protects human rights related to labor. 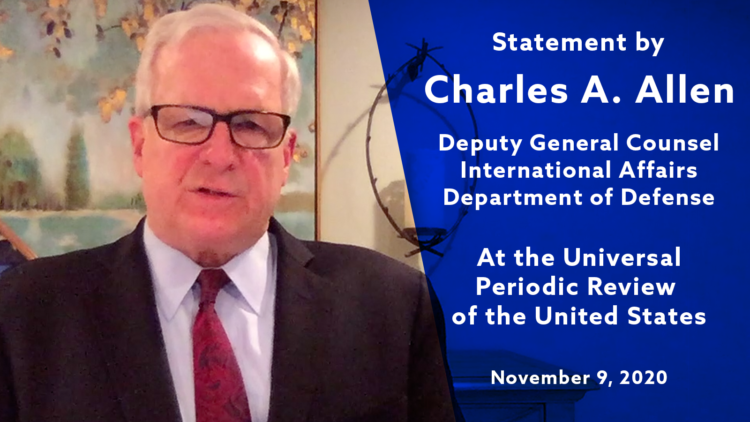 Respect for universal values, including the rule of law, is a core interest for the United States at home and around the world. The Department of Defense complies with the law of war, and has an effective program to implement the law of war’s requirements in military operations. 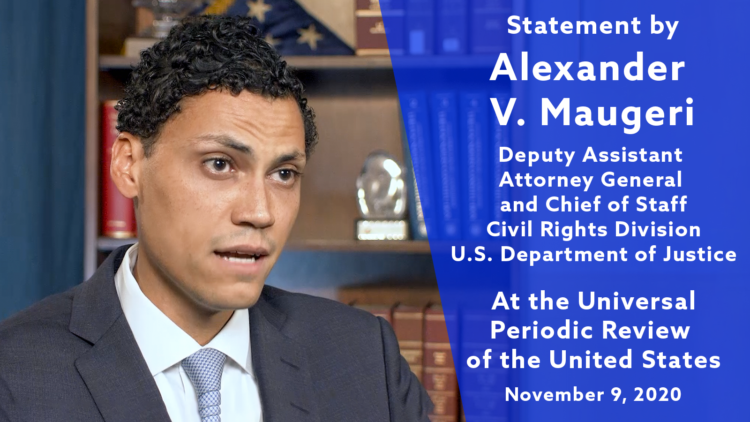 I’d like to speak briefly about issues related to conditions of detention. The United States Constitution, along with federal and state laws, establishes standards of care to which all inmates are entitled.

National Report of the United States