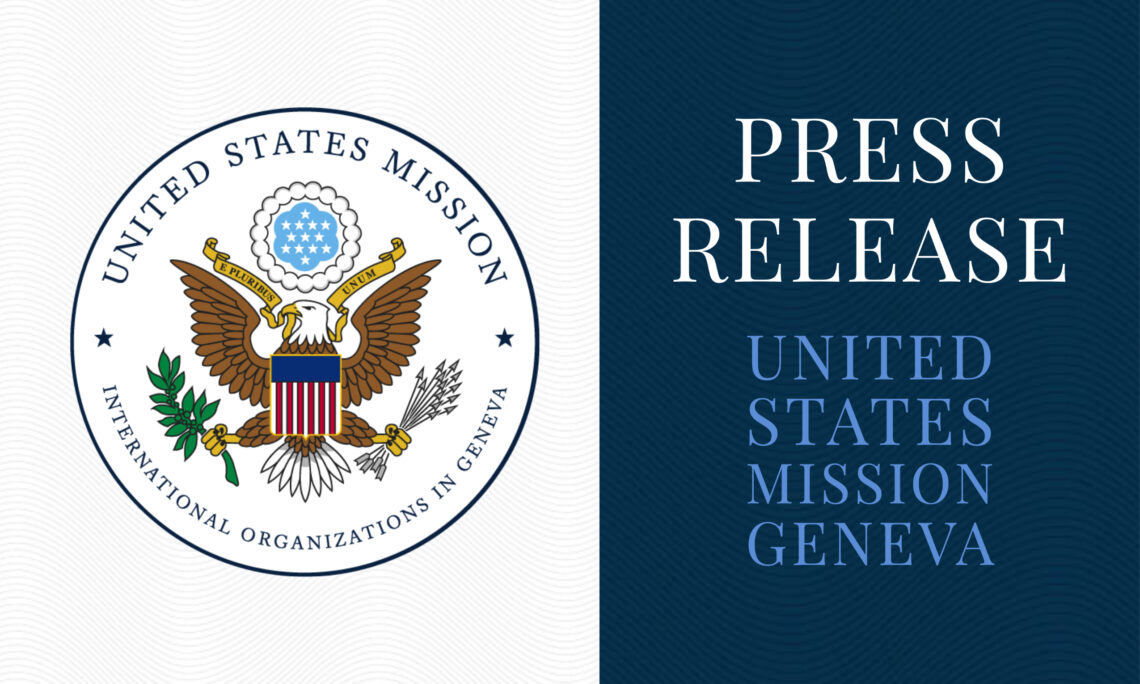 During the 53rd round of the Geneva International Discussions (GID) on the conflict in Georgia, the United States stressed the continuing relevance and importance of the GID as the only format specifically dedicated to addressing the consequences of the 2008 Russia-Georgia conflict.  The United States welcomed the GID Co-Chairs’ decision to organize an information session and discussion among participants on comprehensive, human security, and expressed support for initiatives aimed at improving human security by understanding and addressing the needs of conflict-affected communities throughout Georgia.  The United States urged all participants to find cooperative paths forward to promote the security and prosperity of populations on the ground in tangible ways.

The United States urged participants to end practices that undermine the well-being of conflict-affected people, including borderization and restrictions on movement of local populations.  The U.S. delegation underscored the importance of lifting restrictions on Administrative Boundary Line (ABL) crossings wherever and whenever pandemic conditions allow and taking additional measures to facilitate restoration of cross-ABL trade, livelihoods, education and family contacts as the pandemic recedes.

The U.S. delegation emphasized that the release of detainees and action on missing person cases are critical steps toward resolving the conflict and building trust.  The delegation welcomed progress on some missing persons cases – highlighting the identification and return of 14 individuals’ remains to their families in April – while stressing the need for continued work on all remaining cases. The United States urged all participants to make full use of the GID, hotlines, Incident Prevention and Response Mechanism (IPRM) meetings, and other existing opportunities for contact to improve the situation on the ground.

The U.S. delegation encouraged all participants to renew their focus on implementation of the EU-mediated 2008 six-point ceasefire agreement as the core mandate of the GID.  The United States further urged participants to support the GID Co-Chairs in their efforts to facilitate humanitarian access to all populations affected by the conflict in accordance with the agreement, and once again called on Russia to fulfill its obligation under the 2008 ceasefire agreement to withdraw its troops to pre-conflict positions.

The United States reiterated its support for the commitments undertaken in accordance with the 2008 ceasefire agreement not to use force to resolve the conflict, and for Georgia’s unilateral 2010 non-use of force commitment.  The U.S. delegation underscored its continued commitment to supporting the peaceful resolution of the conflict, as evidenced by continued U.S. participation in the GID and other concrete steps.

The United States welcomed the efforts of the EU Monitoring Mission, the OSCE, the UN and other GID participants to promote women’s meaningful participation in conflict resolution processes, conduct gender analyses of the ongoing conflict, and address the needs of conflict-affected women.  The U.S. delegation expressed strong support for the Co-Chairs’ proposal to continue discussion of women in conflict in future rounds.

The United States regrets there was no discussion of the critical issue of internally displaced persons and refugee returns due to a walk-out by participants from the Russian Federation and de facto authorities.

The United States reiterated its strong and continuing support for Georgia’s sovereignty, independence, and territorial integrity within its internationally recognized borders.