Periodic Report of the United States of America to the UN Committee on the Elimination of Racial Discriminatio
By U.S. Mission Geneva
8 MINUTE READ 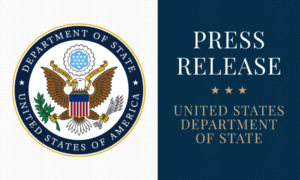 Office of the Spokesperson

Advancing a Whole of Government Approach to Equity and Racial Justice: On his first day in office, President Biden signed Executive Order 13985 which directed federal agencies to take a comprehensive approach to advancing equity for all, including people of color and others who have been historically underserved, marginalized, and adversely affected by persistent poverty and inequality. The Executive Order established that affirmatively advancing equity, civil rights, racial justice, and equal opportunity is the responsibility of the whole of the United States Government.

Healthcare:  Through Executive Order 13995, President Biden established a COVID-19 Health Equity Task Force, to make recommendations to eliminate health and social disparities that result in disproportionately higher rates of exposure, illness, hospitalization, and death related to COVID-19, and for preventing such inequities in the future.  The Task Force has established a subcommittee on Structural Drivers of Health Inequity and Xenophobia that will provide recommendations to ensure the Federal Government’s response to COVID-19 promotes an equitable recovery from this crisis and mitigates anti-Asian xenophobia and bias.

Addressing xenophobia and Nativism. In his first week in office, President Biden signed a Presidential Memorandum Condemning and Combatting Racism, Xenophobia, and Intolerance Against Asian American and Pacific Islanders in the United States. The Memorandum acknowledges that during the COVID-19 crisis, political leaders have at times played a role in furthering xenophobic sentiments against Asian Americans, including references to the COVID-19 pandemic by the geographic location of its origin.  Such statements have stoked unfounded fears and perpetuated stigma about Asian Americans and Pacific Islanders and have contributed to increasing rates of bullying, harassment, and hate crimes.  The President’s Memorandum charged all federal agencies with taking steps to ensure their official actions mitigate and end xenophobia and nativism against Asian American communities.

Hate Crimes:  In May, President Biden signed into law the COVID-19 Hate Crimes Act, bipartisan legislation that will expedite and strengthen the federal government’s response to hate crimes and bias-motivated acts of violence. In addition, the DHS Office of Civil Rights and Civil Liberties (CRCL) leads a DHS-wide Equity Task Force to ensure the principles of racial equity are implemented throughout DHS’s policies, programs, and activities.

Racial Justice and Climate Change:  The United States is committed to addressing climate change and helping communities adapt to climate change, including vulnerable populations and communities of color who are disproportionately impacted.1  The Centers for Disease Control and Prevention’s (CDC) Building Resilience Against Climate Effects framework includes identifying at-risk communities and incorporates justice, equity, diversity, and inclusion into climate adaptation planning.  Agencies, including the Environmental Protection Agency (EPA), the National Oceanic and Atmospheric Administration (NOAA), and the National Air and Space Administration (NASA), collect data relevant to the health impacts of climate change on communities of color.

Housing Discrimination:  President Biden directed the Department of Housing and Urban Development (HUD) to take steps necessary to redress racially discriminatory federal housing policies that have contributed to wealth inequality for generations.  On January 26, 2021, President Biden’s Memorandum on Redressing Our Nation’s and the Federal Government’s History of Discriminatory Housing Practices and Policies instructed HUD to take all steps necessary to examine the effects of its rules on disparate impact and affirmatively furthering fair housing to ensure compliance with HUD’s statutory duty to implement the Fair Housing Act’s discriminatory effects standard.

The full report can be found on the UN Human Rights Treaty Bodies website.