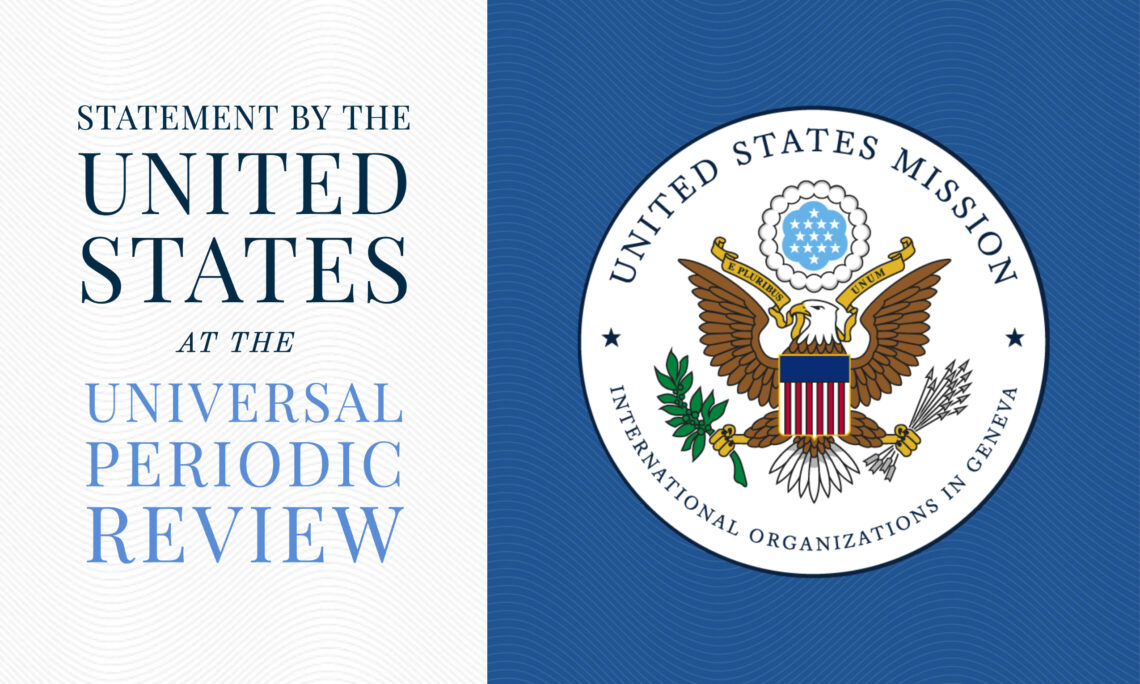 U.S. Statement at the Universal Periodic Review of Lebanon

As delivered by Sean Mariano Garcia

We recommend that Lebanon:

We welcome the announcement of a standardized contract for domestic workers, with safeguards against forced labor, but remain concerned by the Shura Council’s decision to suspend its implementation.  We are concerned by discrimination against women under sect-based personal status laws.