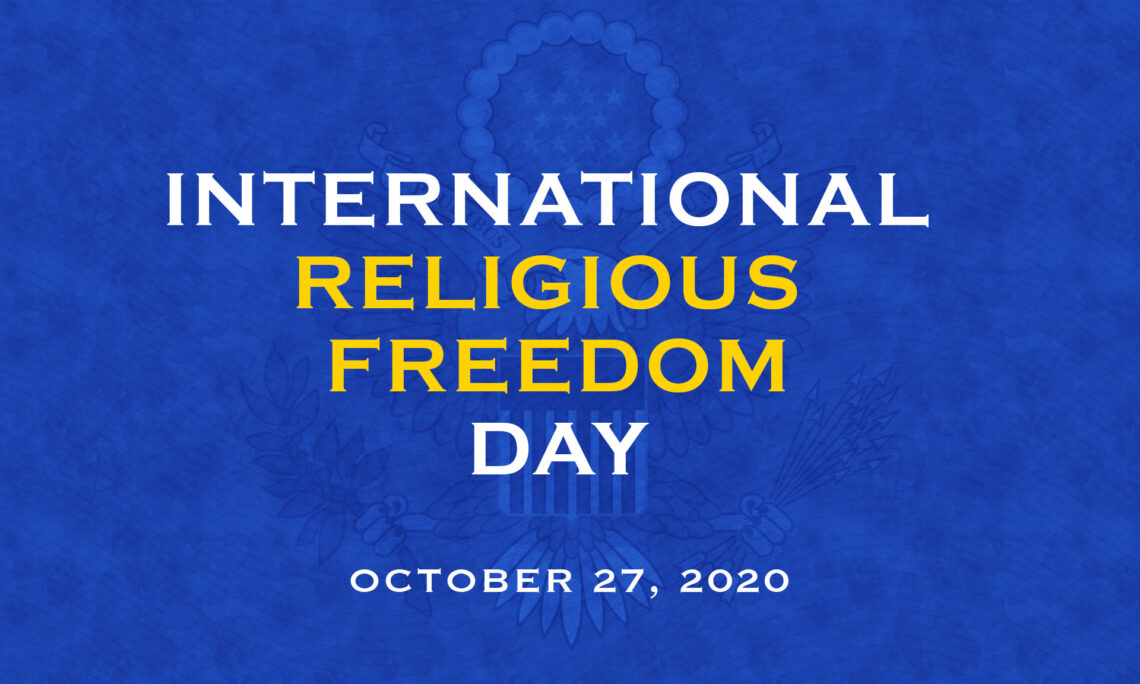 Twenty-two years ago today, the United States enacted the 1998 International Religious Freedom Act, reaffirming our commitment to promote and defend the fundamental right to religious freedom for all people everywhere. Born of the vision of America’s founders, our government understood that an individual, irrespective of their religion or beliefs, should be free to organize their lives in accordance with their consciences. Religious freedom and other themes of human dignity are – and will always remain – a core U.S. foreign policy priority. And the world has taken notice.

Yet today, three of the world’s most egregious religious freedom abusers – the People’s Republic of China (PRC), Iran, and North Korea – have tightened their coercive measures to silence their own people. Worse, the PRC has sought to eradicate all forms of faith and belief that don’t align with Chinese Communist Party doctrine.

Conversely, since the International Religious Freedom or Belief Alliance (IRFBA) launched in February 2020, 31 nations have pledged their commitment to this like-minded network dedicated to addressing challenges around the world. Since the onset of the COVID-19 pandemic, several countries have released individuals, wrongfully imprisoned on account of their beliefs, allowing them to reunite with their families, and we urge others to follow suit.

A global movement on religious freedom is now a reality – one rich in regional, cultural, and political diversity – testifying to a universal, unequivocal truth: every person, everywhere, has the right to believe or not believe, change one’s beliefs, speak one’s beliefs, gather and teach. On this International Religious Freedom Day, the United States is proud to promote and protect religious freedom.