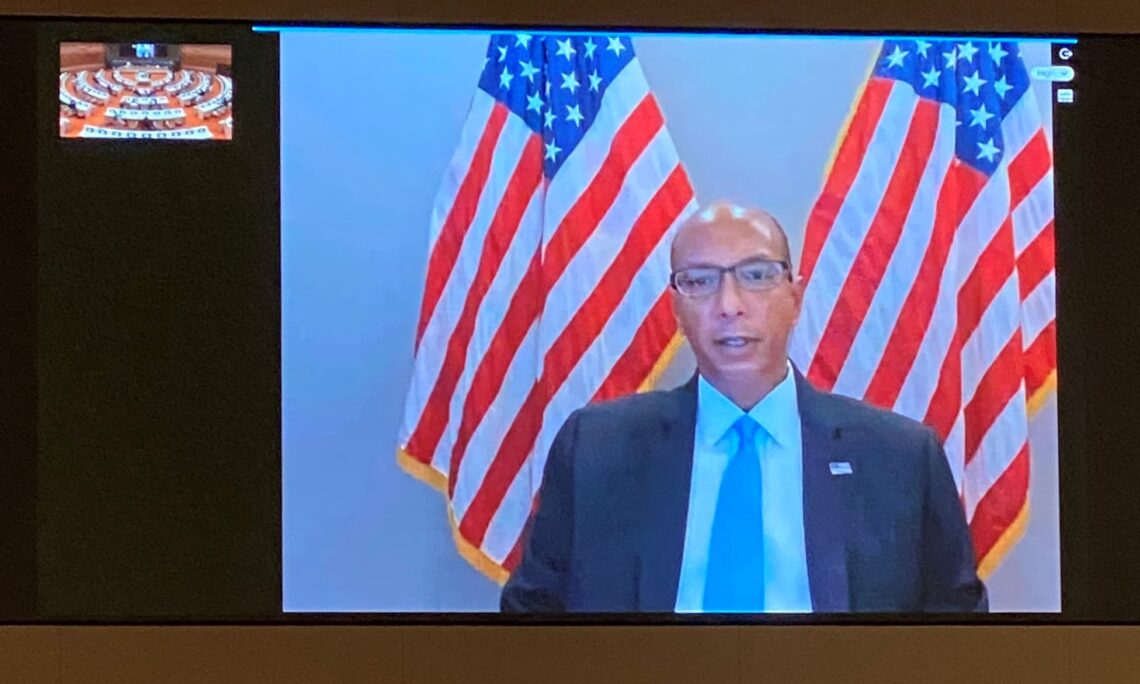 Thank you, Mr. President, for your leadership in our final month of the 2020 session. I particularly appreciate your delegation’s hard work to draft and finalize our final report.

The United States has shown much flexibility during this negotiation. And we will continue to work with you and other delegations to pass a final report.

The 2020 CD session was undoubtedly impacted by the COVID-19 pandemic, as was every multilateral body, and for that matter, every workplace, the world over. For our part, the United States has found virtual and hybrid meetings to be an effective solution to the unprecedented circumstances.

My delegation, and I personally, thank the CD Presidents, the Secretariat, and the UNOG IT and facilities teams for their prioritization of our safety and remarkable efforts to find a way to allow us to continue to meet. Thank you, also, to all my colleagues, for your flexibility and willingness to work in extraordinary circumstances.

We should be under no illusion, however, that it was because of COVID-19 that the CD was unable to make substantive progress in 2020. It may have delayed discussions, but it did not create the impasse we have faced for almost 30 years.

The United States was clear from the outset of this session that we must review the CD’s working methods if we are to have any hope of forward movement. We do not insist on this review to stall or divert from our mandate. We do so in an attempt to get back to it.

It is normal for bodies such as this one to periodically review their internal processes. There are a full range of issues that could be addressed, including the length of the CD Presidency, possible criteria for holding the Presidency, membership, and a candid assessment of CD core agenda items. While the United States is not advocating major changes to the CD organizational structure at this time, we do advocate discussion, recognizing that some adjustments might improve efficiency.

We also believe that review should include an honest discussion about the unfortunate and inaccurate notion that any Program of Work must be Comprehensive and Balanced. It ought to be clear that a body that has not negotiated anything in decades would be hard pressed to negotiate on more than one issue. And let’s not mince words – linking progress on one issue to progress on others is the reason negotiations on an FMCT were blocked in 1999, and this body has remained stymied ever since.

Before COVID-19 hit Geneva, multiple delegations expressed support for the CD to explore possible improvements to the CD’s working methods and membership questions. Those questions have not gone away, and we should not shy away from dealing with them.

Given the difficulty the CD has in reaching consensus on new arms control and disarmament initiatives, it is all the more important that the countries in this room implement in full the agreements to which they are States Party. One such agreement is the Chemical Weapons Convention (CWC). At a time when the prevailing security environment makes the negotiation of new agreements difficult, it is extremely disturbing that some countries are not honoring the obligations to which they have already agreed. Syria has repeatedly used chemical weapons. Russia employed a chemical weapon against two individuals on the territory of another CWC State Party.

The United States condemns the confirmed poisoning of Alexei Navalny in the strongest possible terms. We are confident in the chemical analysis of three laboratories, which have now independently demonstrated the presence of a nerve agent from the Novichok group as the cause of Navalny’s poisoning. We reiterate that any use of chemical weapons, anywhere, at any time, by anyone, under any circumstances is unacceptable and contravenes international norms and standards against such use. Bearing in mind Russia’s obligations under the CWC, we call on Russia to cooperate with the international community’s efforts to investigate this heinous act and reiterate that those responsible for this attack – both those who committed it and those who ordered it – must be held accountable. There can be no impunity for the use of chemical weapons. This is critical not only for the health of this one particular regime, but for arms control more generally.