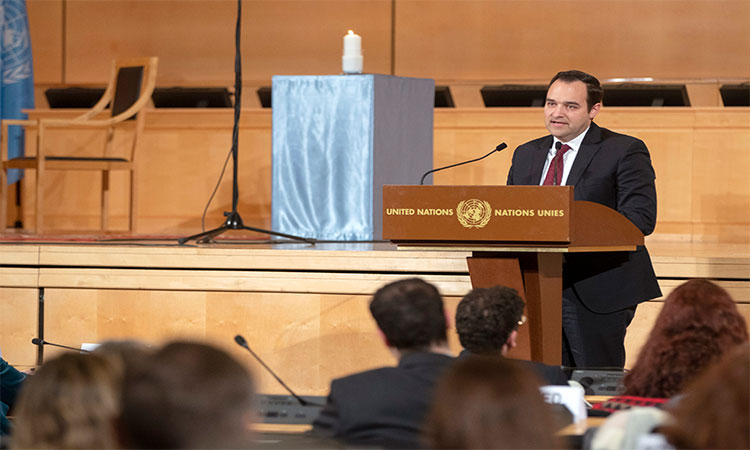 Good afternoon. Thank you, Madam Director General.  And thank you to our colleagues and partners at the UN for organizing this commemoration.

I am honored to be a part of this event and humbled to be in the presence of survivors whose conviction and courage inspire awe and faith.  Holocaust Remembrance Day keeps alive the stories and experiences of those who bore witness to one of the most horrific periods in history – a few short years that forever changed the world.

Today, we remember the six million Jews who were victims of the Holocaust, as well as all other victims of Nazi persecution.

We also remember the brave men and women who resisted the Nazis and put their own lives at risk to save thousands who faced certain death.  Among the heroes were Europeans and Americans of all faiths, people in positions of power and average citizens, who worked in the shadows to do what was morally right.

We remember the brave Allied soldiers who fought to bring peace to the continent and to liberate the survivors – this is especially poignant today, the very day 75 years ago that Allied Soviet troops liberated the Auschwitz death camp, where 1.1 million people were murdered.  That same year, American soldiers liberated the camps of Buchenwald [boo-kuh n-wawld] and Dachau, British soldiers liberated Bergen-Belsen – and, sadly, there were many, many others.

But Holocaust Remembrance Day is more than remembering the past.  It’s about understanding why the Holocaust happened.  It’s about making sure that Holocaust history is portrayed in an accurate way.  It calls on all of us to be mindful of the future and to live up to the pledge of “never again.”

As President Trump said in a speech at the U.S. Holocaust Museum, the survivors’ stories “remind us that we must never, ever shrink away from telling the truth about evil in our time.  Evil is always seeking to wage war against the innocent and to destroy all that is good and beautiful about our common humanity.  But evil can only thrive in darkness.”

My government is dedicated to remembering the Holocaust and the crimes committed against the Jewish people and all victims of the Nazis.  We are committed to leading efforts to find a measure of justice for the survivors and heirs.  And we are committed to ensuring that the State of Israel, born from the ashes of this human tragedy, prospers as a dynamic economy, lives in peace, and maintains its rightful place as a member of the international community.

The recent resurgence of anti-Semitism around the world cannot be ignored.  We must re-commit ourselves to fighting anti-Semitism wherever it occurs.  We cannot sit silently by while Jewish people – or members of any other religious or ethnic group – are targets of hate.

History’s dark chapters must never be repeated.  We must always remember that the seeds of hate need nourishment to thrive.  Events like this one ensure that we never forget.