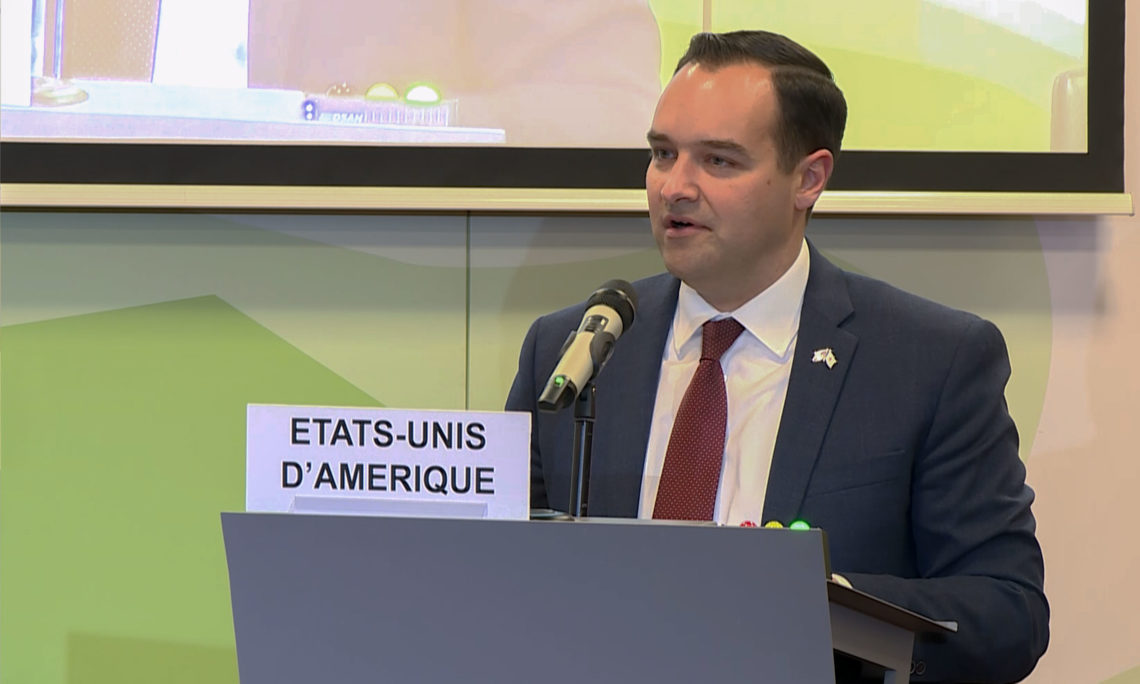 33rd International Conference of the Red Cross and Red Crescent

On behalf of the U.S. Government, I thank the International Committee of the Red Cross (ICRC), the International Federation of Red Cross and Red Crescent Societies (IFRC), and the Standing Commission for your efforts preparing for this important quadrennial conference.

The theme of the 33rd International Conference of the Red Cross and Red Crescent Movement is “Act Today, Shape Tomorrow,” but before turning to today and tomorrow, I would like to take note of the past.  This year marks two very significant anniversaries for the Movement:  the 100th anniversary of the founding of the IFRC and the 70th anniversary of the adoption of the 1949 Geneva Conventions.

The United States is proud of its role in and contributions to these historic moments.  The proposal to form a federation of National Societies was put forward in 1919 by Henry Davison, of the American Red Cross, and in that same year the American Red Cross joined with the National Societies of Britain, France, Italy, and Japan to make that vision a reality – one that today has grown to 190 recognized National Societies, representing the world’s largest humanitarian network and an essential piece of our collective humanitarian response, particularly when natural disasters strike.

Seven decades ago, with the horrors of World War II fresh in the consciousness of their peoples, representatives of governments from around the world, including the United States, gathered in Geneva to clarify and further develop the international rules for war.  The resulting set of new Geneva Conventions included extensive rules to govern the protection of war victims in inter-State conflicts and also codified fundamental humanitarian protections applicable in all conflicts.  Today, the 1949 Geneva Conventions remain some of the very few universally ratified international treaties.  They are powerful pillars of international humanitarian law and have become synonymous with ethical behavior toward war victims.

Our commitment to supporting the Red Cross Movement, to complying with international humanitarian law, and to the delivery of principled humanitarian assistance continues today.  The U.S. Government is the largest donor globally to the ICRC and the IFRC.  We support the Movement’s critical humanitarian work, grounded in the fundamental principles of Humanity, Impartiality, Neutrality, Independence, Voluntary Service, Unity, and Universality. We also remain committed to fulfilling our own international humanitarian law obligations, including  in our efforts to respect and to ensure respect for the 1949 Geneva Conventions.

As for shaping tomorrow:  This conference presents an important opportunity to bring together States Parties to the 1949 Geneva Conventions with the members of the Red Cross Movement.  We will debate and discuss, reflect, and plan.  And ultimately, we are committed to supporting a successful conference that distinctly reaffirms our common purpose, which is to strengthen a Red Cross and Red Crescent Movement that competently, compassionately, and effectively responds to the humanitarian needs and challenges ahead.