Opening Statement of the United States of America at the WIPO Assemblies
By U.S. Mission Geneva
4 MINUTE READ 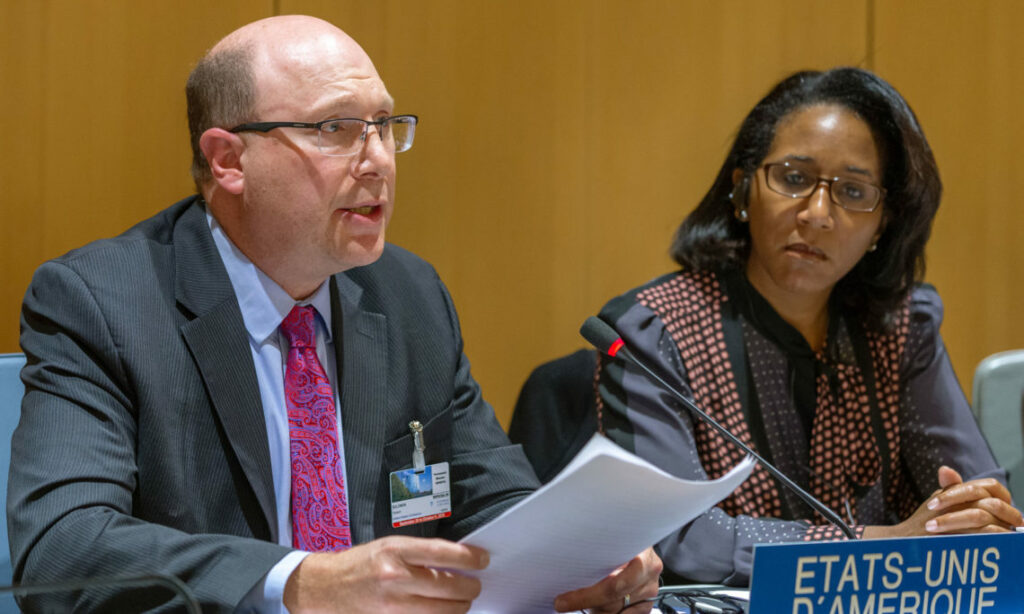 Assemblies of the Member States of WIPO – Fifty-ninth Series of Meetings
Geneva, Switzerland
September 30 – October 9, 2019
Opening Statement of the United States of America
as delivered by Howard T. Solomon

The United States is confident that you and your vice-chairs will ably guide our discussions throughout these meetings, and fully endorses the statement delivered by Canada on behalf of Group B.

With formidable work ahead, I will highlight four issues of importance:

First, on staff matters. We appreciate the decision taken this summer regarding funding for WIPO’s Rewards and Recognition Program. With deep respect for the work performed by all WIPO staff, this program’s purpose is to recognize exceptional individual and team performers; therefore we cannot support the organizational performance reward remaining a part of this program.

Second, on equitable contributions towards the Organization’s common expenses. Chair, WIPO’s strong financial position is largely due to the success of the PCT System, which has taken on significantly more than its fair share of paying for common expenses. But the PCT cannot serve as an indefinite financial crutch for the other registration systems. To promote financial self-sufficiency, each WIPO registration system should assume responsibility, beginning with a more equitable division of common expenses as done in the first 20 plus years of WIPO’s history.

We hope to reach consensus on the proposed Program and Budget, as presented.

Third, on external offices. We believe the objective evaluation of the existing network planned for 2021 will show a way forward before selecting the next external offices. WIPO’s long-standing tradition of taking well-informed decisions by consensus has contributed to its success, and a hasty call for a vote to conclude the discussion on future external offices would bring far more harm than good.

Fourth, while we thank the Director General for informing us about the opening of a potential WIPO entity providing arbitration services in Shanghai, given the controversy surrounding future external offices, we urge the Director General to refrain from moving forward with these plans at this time, especially if an office space there is involved.

Finally, as Director General Gurry has informed many of us that this is his last term, I want to be sure to take this opportunity to recognize the extraordinary progress the organization has made under his leadership. He has steered us toward important normative achievements, paved the way for member states to take up cutting edge issues of technology and IP, throughout ensuring the stability and health of WIPO’s services. We thank him for his vision and service, and for positioning WIPO for continued and future success.