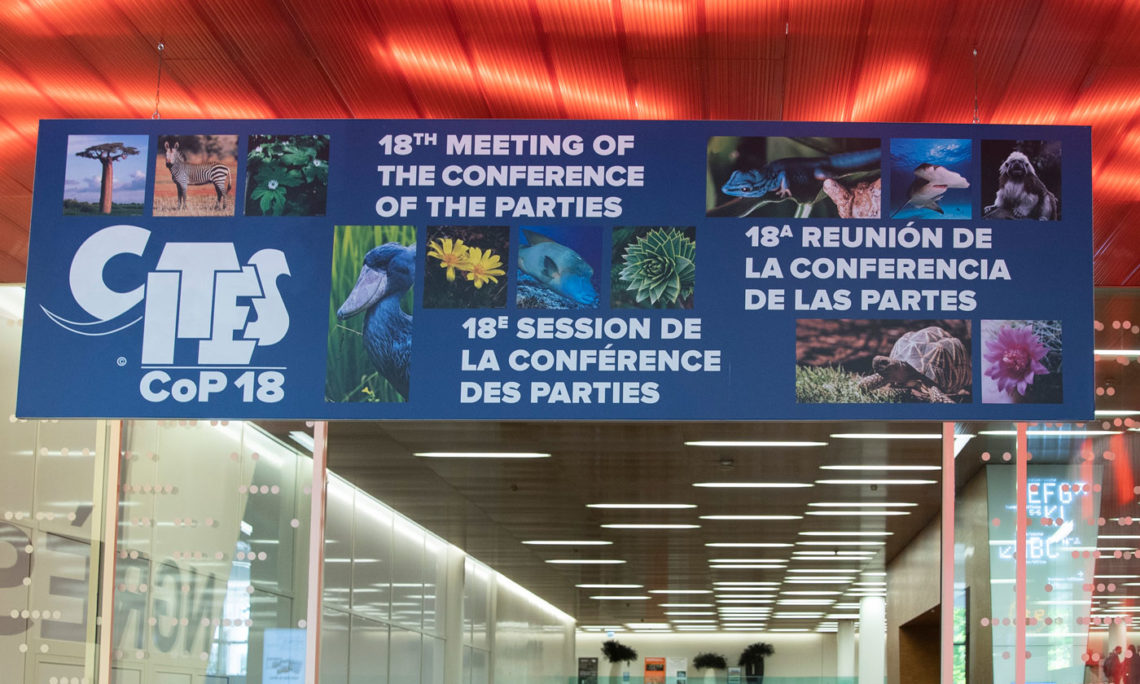 Under the leadership of President Trump, the United States government has been a world leader in efforts to stop the devastating criminal trafficking in wildlife. At CoP-18, the Department of State was heartened to see the universal commitment of CITES parties to ending this despicable illegal trade and the livelihood-destroying corruption it fuels.  To further our efforts, the Department was pleased to host the highly successful Third Global Meeting of Wildlife Enforcement Networks during the COP-18: https://cites.org/eng/Wildlife_enforcement_networks_from_around_the_world_meet_to_further_strengthen_collaborative_efforts_against_wildlife_crime_26082019

Science-based decision making is the cornerstone of CITES. We were pleased that CoP-18 saw increased protection for some of the planet’s most vulnerable species, including the Saiga Antelope, the Tokay Gecko, and the Jaguar — decisions all taken based on hard science and not emotion.

On behalf of the Department of State, I would like to thank Assistant Secretary of the Interior for Fish and Wildlife and Parks, Rob Wallace, for serving as the head of a whole-of-government delegation that saw fish and wildlife experts, law enforcement officers, and U.S. diplomats work closely to advance the interests of the United States at a CoP that saw the adoption of all proposals either sponsored or co- sponsored by the United States. We thank the government of Switzerland for serving as host after the tragic events in Sri Lanka and look forward to working with the government of Costa Rica as host of CITES CoP-19.