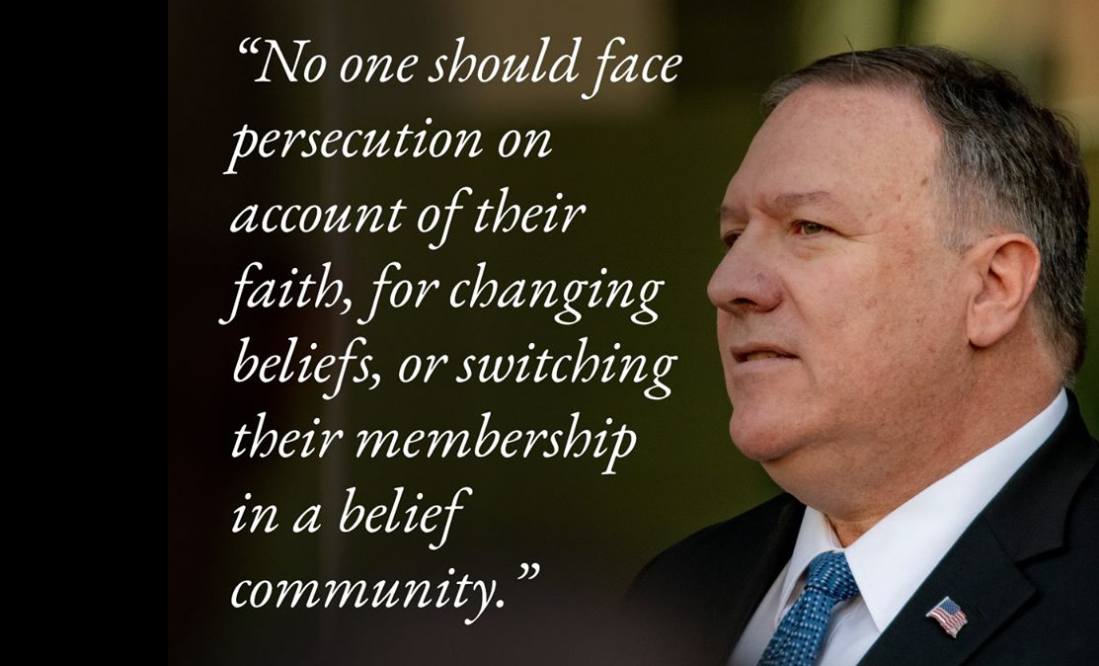 Today we mark the first International Day Commemorating the Victims of Acts of Violence Based on Religion or Belief.  This day serves as a reminder of the need to promote and protect the unalienable right of religious freedom, and the consequences when countries fail to do so.

Promoting freedom of religion or belief is a responsibility of the global community, and it is a key foreign policy priority for the Trump Administration.  Persecution on account of religion continues to rise, especially in countries like China, Iran, and Burma.  To address this challenge, I convened the second Ministerial to Advance Religious Freedom in Washington last month.  The largest event of its kind in the history of the State Department, it brought together more than a thousand members of civil society and religious communities, more than a hundred governments, and survivors of religious persecution from almost every faith community and none.  Together, we sent a clear message across religious, political, and ethnic lines of a global commitment to fight persecution and promote religious freedom for all.

No one should face persecution on account of their faith, for changing beliefs, or switching their membership in a belief community.  All governments have a duty to protect people from harm regardless of their beliefs, and to hold perpetrators of persecution accountable.