U.S. Statement at the High-Level Event on the Ebola Outbreak in the DRC
By U.S. Mission Geneva
4 MINUTE READ 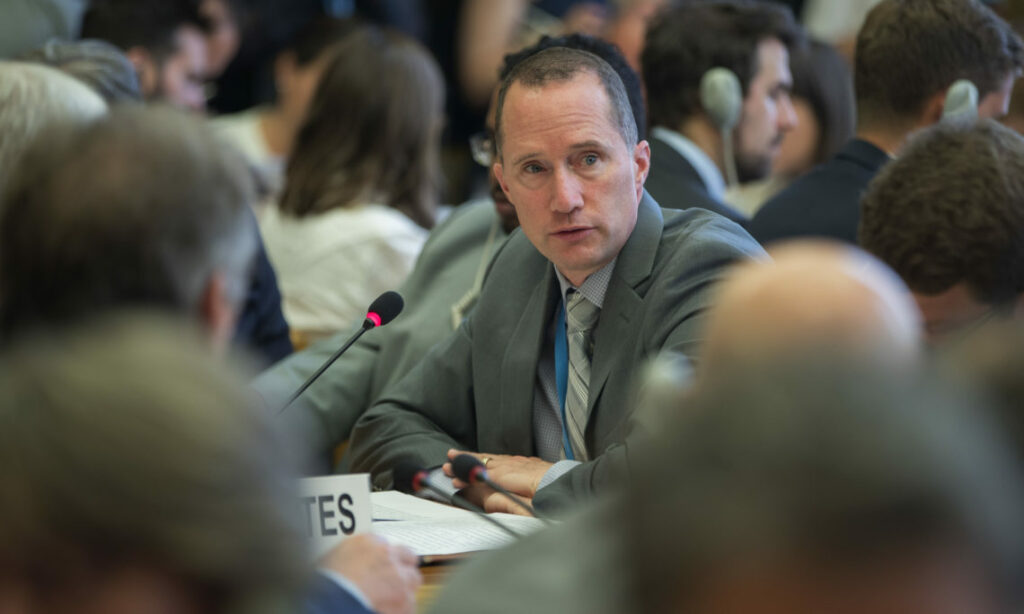 U.S. Statement at the High-Level Event on the Response and Preparedness for the Ebola Outbreak in the Democratic Republic of the Congo

We commend the UN World Health Organization  and the UN Office for the Coordination of Humanitarian Assistance for hosting this event and bringing us together today to facilitate a more comprehensive response to the Ebola outbreak in eastern Democratic Republic of the Congo.

Well before the Ebola outbreak, eastern DRC faced armed conflict and protracted population displacement that disrupted livelihoods and resulted in severe development deficits.  To bring this current outbreak—the second largest in recorded history—to an end, we must tailor our collective response to the complexities on the ground. This is very different from the 2014 West Africa Ebola outbreak.

To stop the continued spread of infection, we must continue to scale-up public health efforts, including disease surveillance, contact tracing, and case isolation. We must also ensure that our efforts reinforce the recently-adopted system-wide approach that:

The United States looks forward to the release of a comprehensive SRP 4, which will provide a clear understanding of the funding requirements for the public health response, as well as activities to support an enabling environment.

Ending the DRC Ebola outbreak remains a top priority for the United States Government. To date, the U.S. Agency for International Development has contributed more than $98 million in humanitarian assistance toward the outbreak within the DRC.  The United States Government is also providing extensive technical assistance to the DRC, Uganda, South Sudan, Rwanda, Burundi, and World Health Organization headquarters.  The United States is currently the largest bilateral donor to the Ebola response, and we will provide more in the coming months. However, this response requires all Member States to step-up support if we are to end this outbreak.  We call on Member States and other international donors to increase their contributions to provide robust financial and technical support for this response.