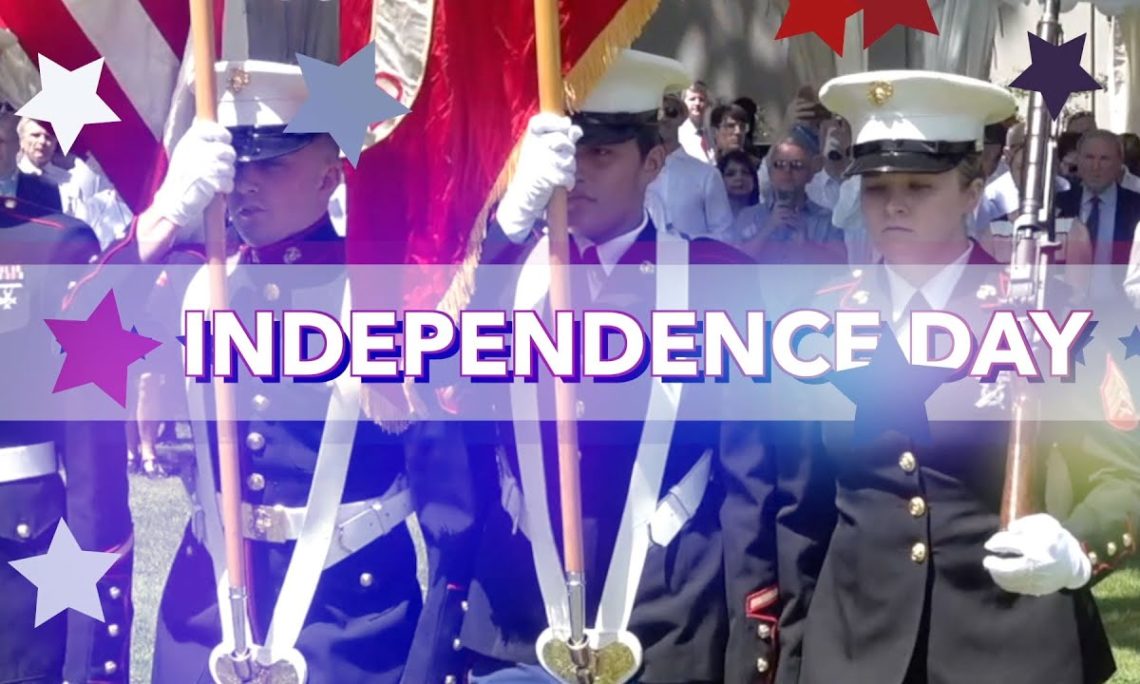 At this year’s 4th of July festivities, the U.S. Mission celebrated not only the 243rd anniversary of the Independence of the United States, but also the 50th anniversary of the Apollo 11 moon landing. Guests enjoyed a special galactic menu, took selfies in the space suit photo booth, and admired our very own model of “Eagle,” the lunar excursion module, all while grooving to a stellar playlist performed by the U.S. Army Europe Band. “Fifty years ago – on July 16, 1969 – American astronauts Neil Armstrong, Michael Collins, and Buzz Aldrin launched into space – and into history,” said U.S. Mission Chargé d’Affaires Mark Cassayre. “Their mission to land on the moon captured the world’s attention and inspired humankind to great achievements, exploration, and scientific discovery. In the 50 years since that first landing, space exploration has continued to transcend borders and inspire international collaboration. The transformative research being done through the International Space Station has improved our lives: GPS and mapping, disaster response, agriculture and food production, health and medicine, to name a few.” “It is this same spirit of international teamwork and multilateral cooperation that motivates us here in Geneva.”