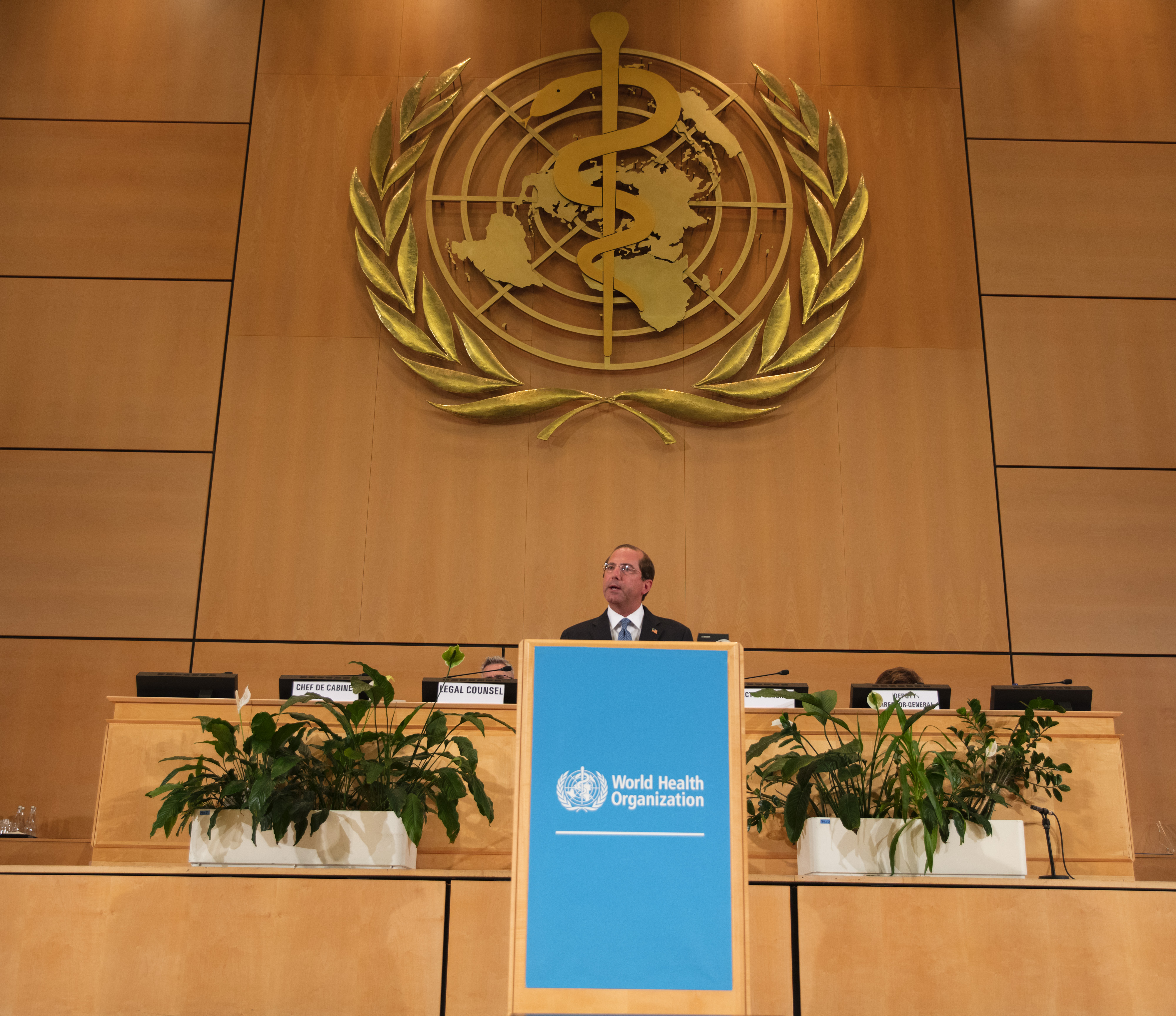 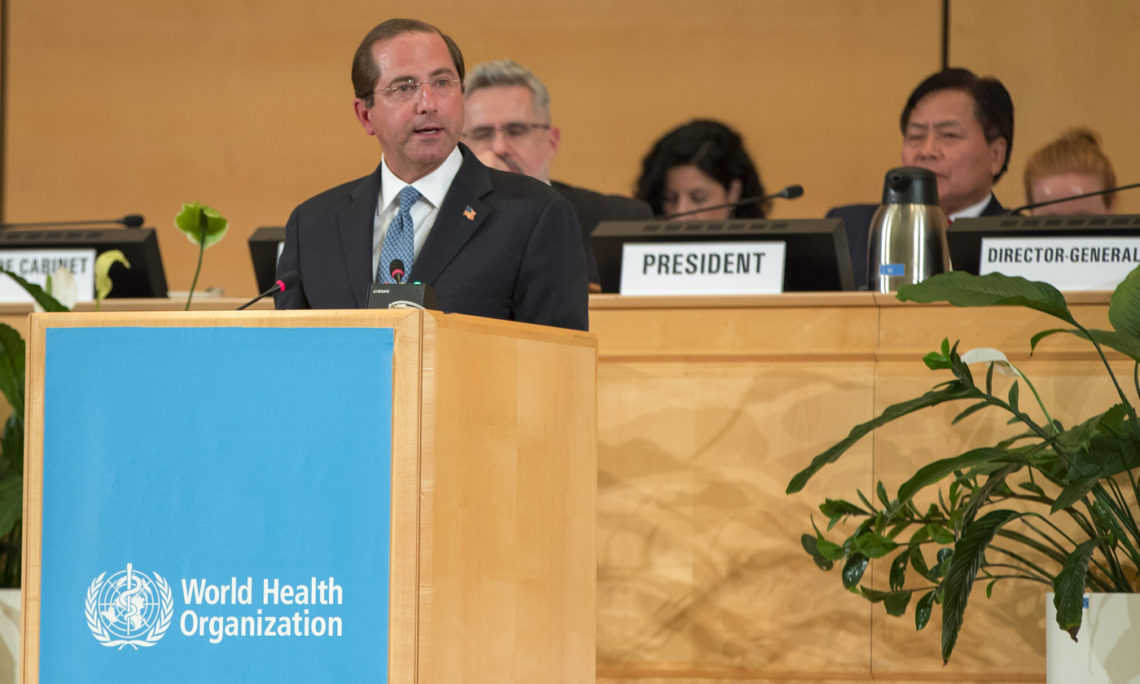 As Prepared for Delivery

Mr. President, Director-General Tedros, fellow ministers, and distinguished leaders: It is an honor to return to the World Health Assembly, in my second year as Secretary of the U. S. Department of Health and Human Services.

Last year, we marked the 100th anniversary of the 1918 influenza pandemic, which killed more than 50 million people. Soon after, in 1919, another significant outbreak, of typhus in Europe, led health ministers to come together to plan the health component of the League of Nations, even before the League had its first official meeting here in Geneva.

Today, thanks to efforts made by many nations in this room, international organizations like the WHO, and the private sector, we are much safer from the perpetual threat of infectious diseases. But we are not as safe as we ought to be.

We are reminded of that fact by the ongoing Ebola outbreak in the Democratic Republic of the Congo, which, as of yesterday, has killed more than 1,200 Congolese.

This outbreak is one of the U.S. government’s top global health priorities, and we have provided approximately half of the funding to the WHO, DRC, and nongovernmental response. For years, through the CDC, PEPFAR, and USAID, we have helped strengthen the DRC’s technical capabilities, including on epidemiological surveillance, data management, and border health.

The administration of investigational vaccines under the auspices of the DRC has helped mitigate the outbreak and save lives—but the outbreak is not under control. We believe there is an urgent need for donors to commit to purchasing more vaccines, now.

The United States appreciates the dedicated personal leadership of Director-General Tedros and his team on this outbreak. We also appreciate his triple-billion vision for WHO, which aims to have one billion people better protected from health emergencies, and includes a new focus on outcomes.

To meet this goal, we strongly support full implementation of the International Health Regulations and the Global Health Security Agenda.

To respond to health emergencies and prevent future challenges, we must all do a better job educating the public about the safety and importance of vaccinations. Measles was once eliminated in the Western Hemisphere, but we now have thousands of cases caused by the collapse of the Venezuelan healthcare system. Even in nations with functional health systems, including the United States, vaccination rates are still too low. We cannot say it enough: Vaccines are safe, effective, and vital to public health.

Both the Global Health Security Agenda and vaccination campaigns benefit from the involvement of every nation, people, and sector.

We regret that, once again, Taiwan was not invited to observe at this assembly, as they were from 2009 to 2016. The 23 million people in Taiwan deserve a voice just as much as anyone else does.

We continue to urge the WHO and all member states to welcome a greater role for the private sector on all health challenges, whether infectious or non-communicable diseases, access to medicines, or any other.

The United States supports universal health coverage, and we believe that means focusing on access to a high-quality, person-centered healthcare system, not selectively focusing on controversial issues that do not help us reach this worthy goal.

The U.S. government recently launched a major new effort to improve access to primary care. Instead of paying doctors a flat salary or per-service fees, this initiative will reward doctors when they keep their patients healthy.

A top priority of the American people, and therefore a top priority of mine, is the availability of affordable, safe, and effective medicines. Over the last year, President Trump has introduced more competition and negotiation to the way the United States pays for medicines.

We proposed reference pricing for medications for the first time, injecting competition into a large government-run program that previously accepted any price manufacturers suggested. It is my duty to ensure that American patients have access to cutting-edge cures, and we will protect innovation incentives just as vigorously as ever. But under President Trump, the United States will never be a bystander to abusive drug pricing practices.

I look forward to working with many of you to increase access to medicines, and we can start by focusing on strengthening our regulatory systems and supporting the development of safe, effective generic and biosimilar drugs.

Finding ways to work together on these issues and many others, we can build a better, healthier, and more prosperous future for our citizens.