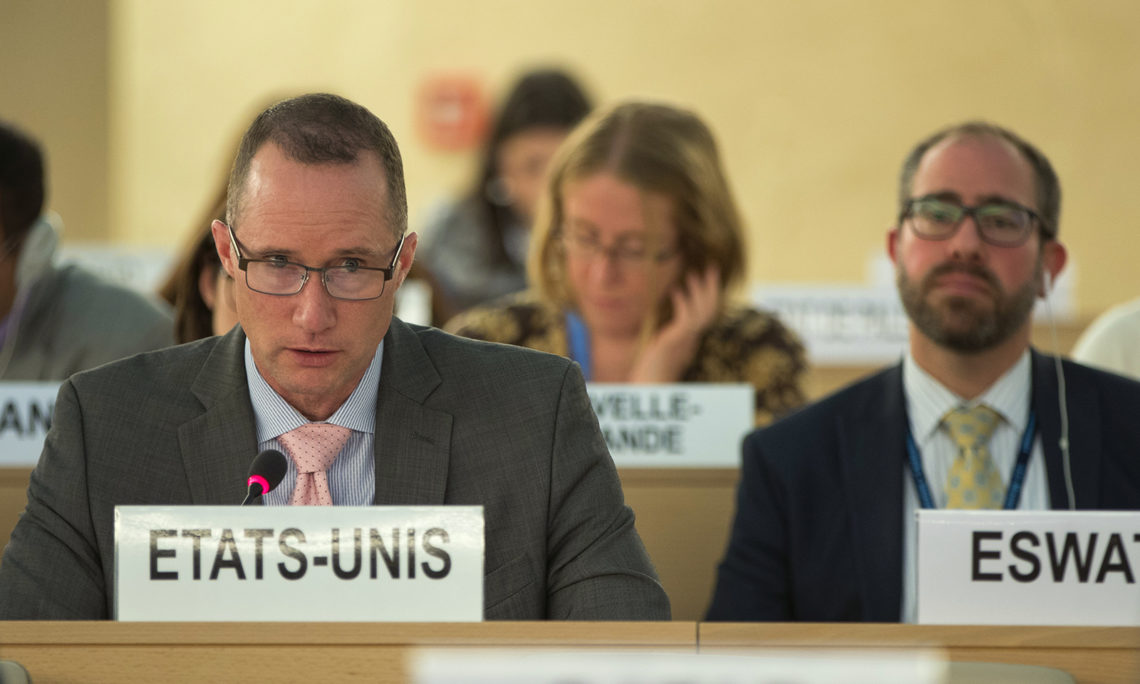 U.S. Statement at the Universal Periodic Review of North Korea

The human rights situation in North Korea is deplorable and has no parallel in the modern world.

We recommend that North Korea:

The United States urges North Korea to adhere to its international human rights obligations and commitments.  We remain deeply concerned about the 80,000 to 120,000 individuals held in deplorable conditions in political prison camps, including thousands of individuals imprisoned for merely possessing a religious text or coming into contact with members of a church.