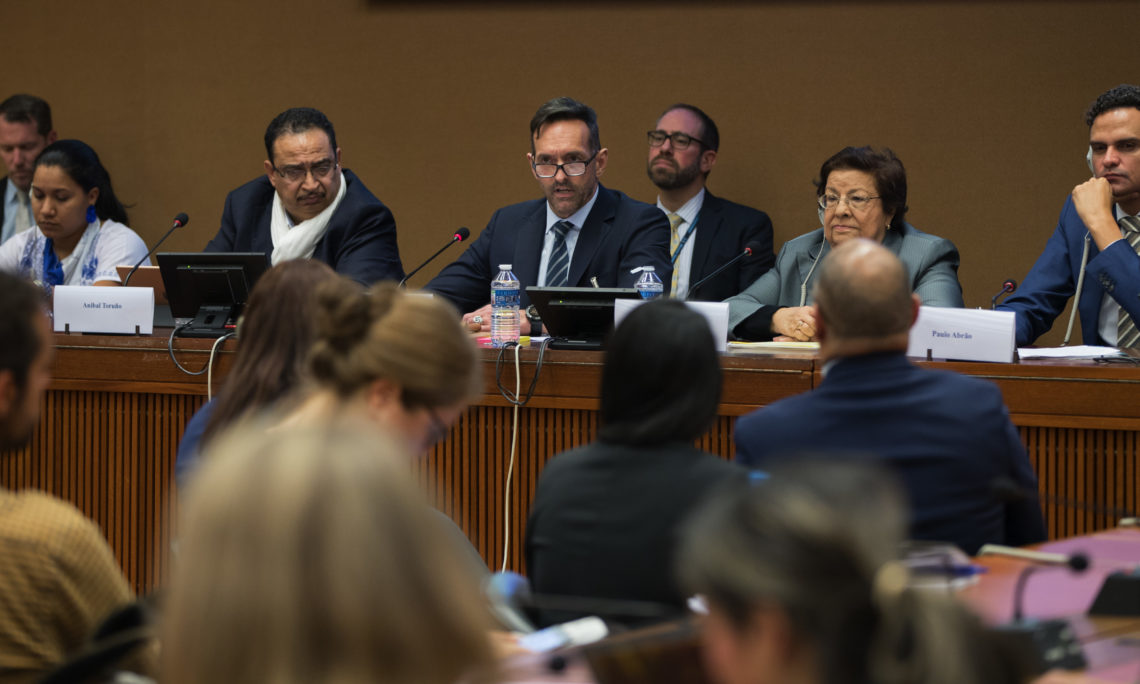 The United States and Partners Hold Event on Human Rights Violations and Abuses in Nicaragua
Office of the Spokesperson
Washington, DC, April 4, 2019

On April 4, the United States, Argentina, Brazil, Chile, and Georgia held an event in Geneva, Switzerland, to expose the ongoing violations and abuses of human rights in Nicaragua that began in April 2018 with the Ortega-Murillo regime’s violent crackdown on peaceful protesters.

U.S. Deputy Assistant Secretary of State Roger Carstens of the Bureau of Democracy, Human Rights, and Labor delivered opening remarks to underscore the severity of the human rights crisis occurring in Nicaragua. A panel of Nicaraguan civil society leaders, including independent journalists and a human rights activist, provided firsthand accounts of the Ortega-Murillo regime’s alarming and continuing pattern of arbitrary arrest, harassment, and threats against anyone perceived as an opponent. Advocates for political prisoners reported that many of those arbitrarily or unlawfully detained remain in detention and recounted continued violence and restriction of civil liberties for both those detained and their family members.

Activists called for the regime to immediately release all political prisoners, to allow the return of international monitors, including the Inter-American Commission on Human Rights and the UN Office of the High Commissioner for Human Rights, and to engage in genuine dialogue with the opposition alliance, Alianza Civica.