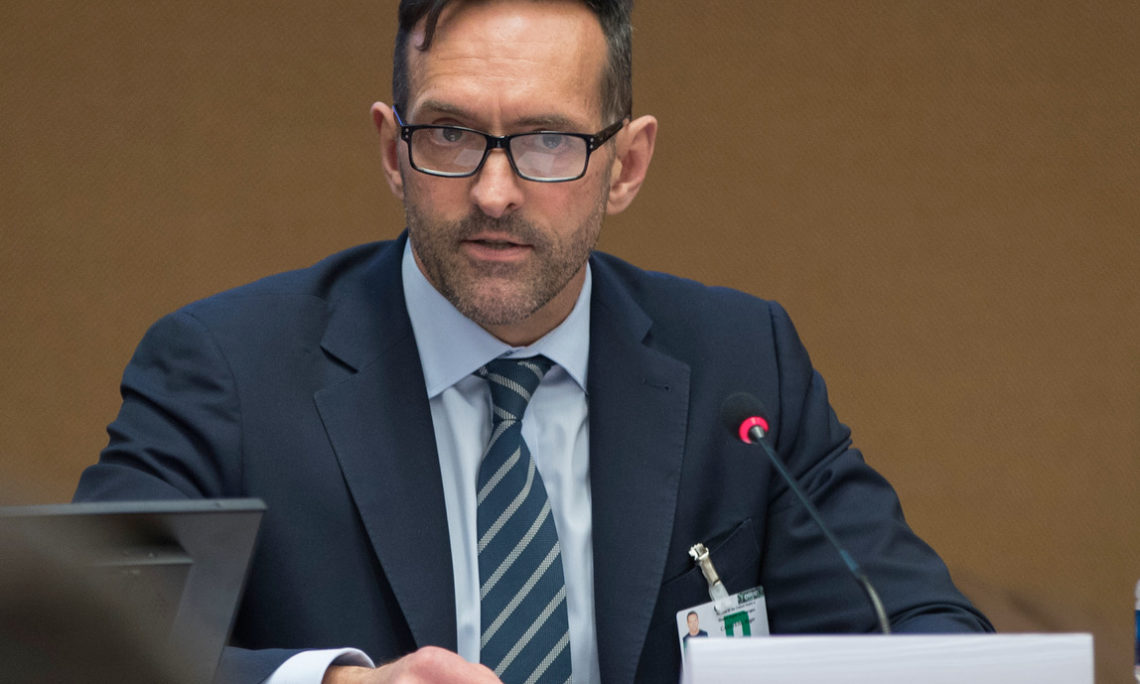 Thank you all for joining us today.  The United States welcomes our distinguished guests, media representatives, and, most importantly, our courageous panelists to this event on accountability for human rights violations and abuses in Nicaragua that have occurred under President Daniel Ortega.

We thank The Institute on Race, Equality, and Human Rights for providing the thought-provoking slideshow photos you will see behind me on the screen.

The United States, Argentina, Brazil, Chile, and Georgia are hosting this event today because we are deeply concerned and committed to raising awareness of Nicaragua’s rapidly deteriorating human rights crisis.

The crisis in Nicaragua may not make as many headlines as when it began a year ago, but the deterioration of human rights conditions, the erosion of the rule of law, and the elimination of a free press continue, with devastating consequences for anyone who questions the Ortega regime’s crackdown on the citizens it is supposed to represent.

According to the Office of the High Commissioner for Human Rights, the unrest has already claimed the lives of more than 300 people and left at least 2,000 injured since the crisis began, nearly one year ago.

In April 2018, the Ortega regime cracked down violently on peaceful protests that began over discontent with government actions related to social security benefits and environmental concerns.  The Nicaraguan government reportedly responded with torture and extrajudicial killings by security forces, sniper fire, and other violations and abuses by government-controlled para-police and paramilitary groups.

Once popular protests were brutally suppressed, the Ortega regime began a new, equally brutal phase of its campaign against Nicaraguans.  It hunted down all members of the opposition with a vengeance, attacking those who spoke out simply for exercising their freedom of expression.  Government officials spoke publicly that the options for opponents of the regime were jail, exile, or death.

The Ortega regime imprisoned hundreds of peaceful protesters for exercising their human rights and charged them as terrorists. These individuals have reportedly endured abuse, torture, rape, and life-threatening prison conditions.

While Ortega released the first 162 prisoners to house arrest at the start of the renewed dialogue, over the weekend of March 16-17, Ortega’s security forces again arrested 164 people during peaceful protests.  Further detentions occurred again on March 30.  The Inter-American Commission on Human Rights currently counts 647 detainees whom it identifies as political prisoners.

To further stifle any opposition to his crackdown, Ortega has shut down independent media and long-time civil society organizations, arresting respected journalists and forcing many activists to flee and seek exile abroad.

In an attempt to prevent the world from bearing witness to his repression of all forms of opposition, Ortega expelled international human rights monitoring bodies from the Organization of American States and the Office of the High Commissioner for Human Rights.

We all must unequivocally condemn the events of the past year.  We must also understand that this crisis did not begin suddenly in April 2018. Rather, it has been a decades-long process of creeping authoritarianism and the dismantling of democratic institutions.

The United States has repeatedly condemned the Ortega regime’s human rights violations and abuses and taken actions to promote accountability for corrupt and complicit Nicaraguan officials, including by imposing financial sanctions and revoking or restricting visas of individuals involved in the repression.

Through the Organization of American States Working Group on Nicaragua, we are working with other concerned OAS member states to monitor the situation and promote dialogue and democracy.

We support a genuine dialogue process to negotiate a peaceful and democratic solution to the crisis, and urge the Ortega regime to negotiate in good faith.

Dialogue must not be used as a delay tactic that allows Ortega to avoid taking actions that will restore democracy and respect for human rights, or delay accountability for human rights violations and abuses members of his regime have committed. Words and agreements mean nothing without clear action and change of behavior.

Today is also the first of what I hope will become a steady drumbeat of attention to hold Ortega accountable for his March 9 pledge to release all prisoners arrested during and after protests within 90 days.

Twenty-six days have passed since that pledge, and the world is waiting.  We want to see released all prisoners currently being held because of their peaceful participation in opposition protests. Now.

The ultimate resolution to this crisis lies with the people of Nicaragua.  The United States supports them and their calls for early, free, and fair elections to resolve this crisis.

I applaud the dedication and resolve of all Nicaraguans, including those we are about to hear from today, who have undertaken the difficult work of helping the country find its way back to the rule of law and democracy.

Their courage and resilience in the face of attacks on their human rights, including the right to security of person, and fundamental freedoms are an inspiration.