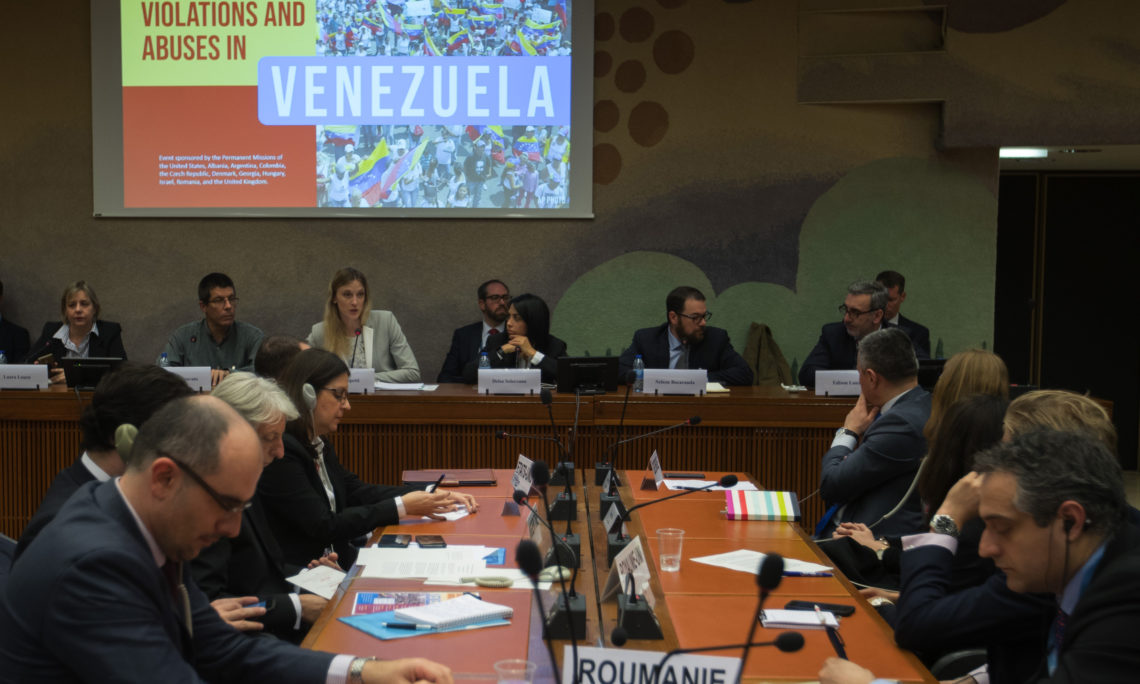 On March 19, the United States co-sponsored an event with Albania, Argentina, Colombia, the Czech Republic, Denmark, Georgia, Hungary, Israel, Romania, and the United Kingdom at the United Nations in Geneva, Switzerland to highlight the dire human rights situation in Venezuela. Deputy Assistant Secretary for Western Hemisphere Affairs Carrie Filipetti led a panel that included a former prisoner of conscience, an investigative journalist, a legal expert, and a Member of the National Assembly who shared firsthand accounts of repression and explained the depth of the human rights crisis under the former Maduro regime.

This event highlighted how the former Maduro regime has clung to power by abusing human rights and instilling fear in its citizens. Reports of widespread use of torture, extrajudicial killings, arbitrary detention, raids by secret police, closure of independent media, and bans on political activity worsen by the day. The panelists presented a panorama of the former Maduro regime’s systematic repression of human rights.