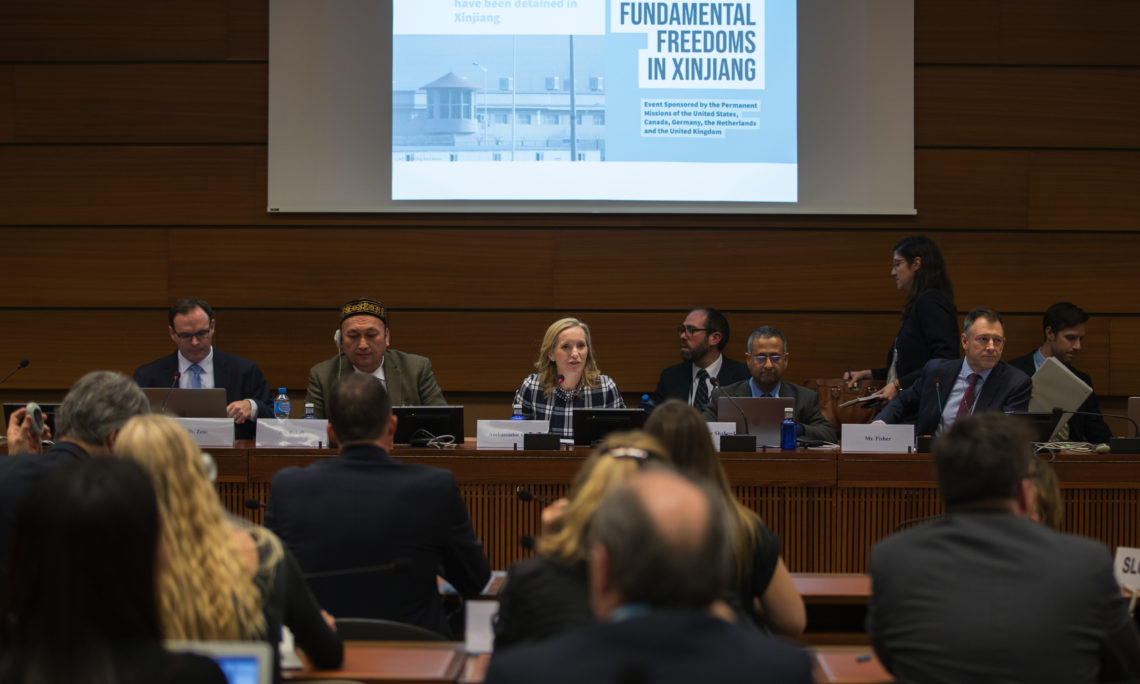 On March 13, the United States co-hosted an event with Canada, Germany, the Netherlands, and the United Kingdom at the United Nations in Geneva, Switzerland to raise awareness regarding ongoing and egregious human rights abuses in Xinjiang, where more than one million Uighurs, ethnic Kazakhs, Kyrgyz, and other members of Muslim minority groups have been detained since April 2017. The United States strongly encouraged the UN and the High Commissioner for Human Rights to make these abuses a priority.

Government officials, expert panelists, and survivor testimony highlighted the magnitude and severity of the violations of human rights and fundamental freedoms in Xinjiang. Participants also considered next steps the international community could take in addressing the situation in Xinjiang.