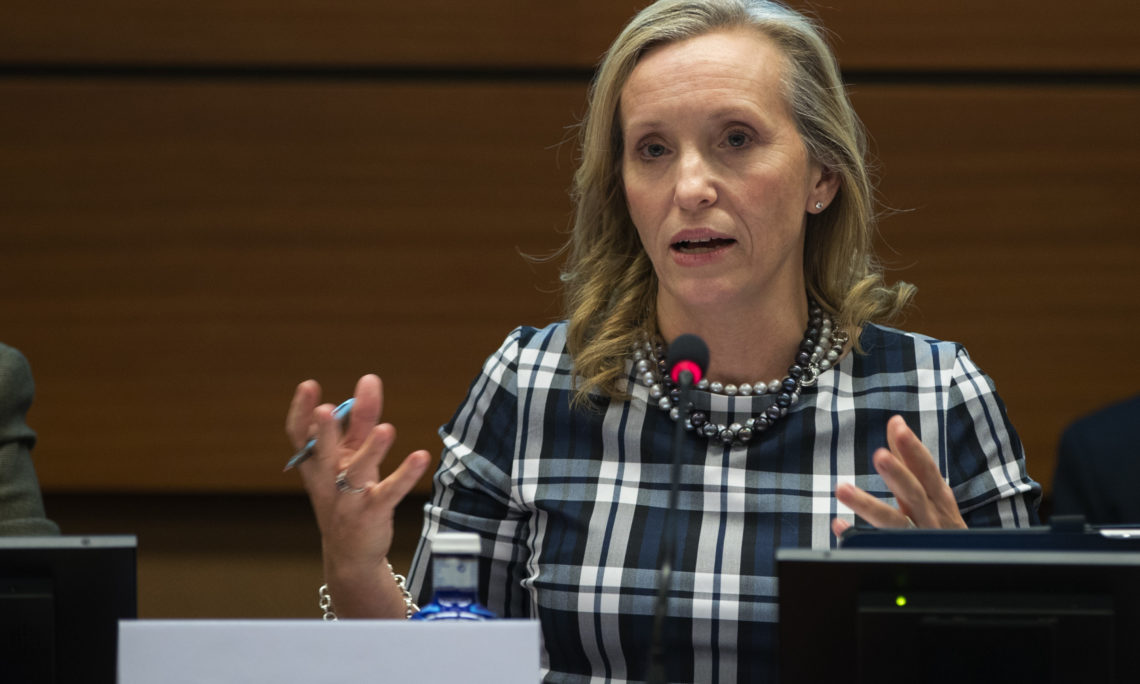 Thank you all for joining us today. I would like to welcome our distinguished panelists and guests to this timely event on the human rights crisis in the Xinjiang Uighur Autonomous Region, China.  The United States, Canada, Germany, the Netherlands, and the United Kingdom are co-hosting today’s event to continue raising international awareness of the dire situation in Xinjiang.

China’s mass internment of members of Muslim minority groups, Uighurs, ethnic Kazakhs, Kyrgyz, and others is raising alarm within the international community.  China is arbitrarily detaining more than one million individuals under horrific conditions in Xinjiang’s internment camps.  Detainees face torture, forced labor, and death, according to credible reports.  Chinese authorities have tried to convince the world that these are vocational training facilities and people are there voluntarily.  Today’s discussion will feature first-hand accounts and documentary evidence, including satellite imagery, revealing the truth that people are detained in these facilities against their will because of their ethnic and religious background.

The Chinese government’s repression of members of Muslim minority groups due to their religion and/or ethnicity is not new.  In addition to Muslims – Tibetans, Christians, those who practice Falun Gong, and members of other ethnic and religious minority groups have long suffered under Chinese government oppression.  But what is new is the breadth of the repression and how the Chinese government is using breakthroughs in technology to increase its effectiveness.  With the new campaign in Xinjiang that started in 2016-17, Chinese government officials are using new technologies to target and control Muslim minorities, including through high-tech arbitrary surveillance and involuntary collection of personal data including DNA samples.

Chinese officials are also using low-tech approaches that have their roots in the Cultural Revolution.  They have moved Chinese officials into Uighur homes to monitor families and prevent the observance of Islamic practices.  Chinese officials coerce members of Muslim minority groups to return to China from abroad, targeting their families for collective punishment if they refuse.  Political education outside the camps has expanded, as has the targeting of religious, cultural, and business leaders.

In carrying out these policies, Chinese government officials abuse fundamental freedoms enshrined in the Universal Declaration of Human Rights on a daily basis.  Arbitrary detention in the camps can last from months to years without trial or charge or contact with families.  Those who have been in the camps tell us that detained individualsare required to renounce their ethnic identities, religious beliefs, or cultural and religious practices.  Outside the camps, Xinjiang has been described as an open-air prison for its Uighur and other Muslim inhabitants.  They are subject to constant random stops and searches, constrained in observing peaceful religious practices and speaking in their mother tongue, and monitored everywhere by a pervasive police presence that has grown exponentially in the past two years.  These practices clearly contravene human rights and fundamental freedoms, including the right to freedom of religion or belief.

The Chinese government has gone to great lengths to propagate outright falsehoods regarding the situation in Xinjiang.  It contradicts its own government documents – which acknowledge that the goal is to ‘Sinicize’ and otherwise exert greater party control over Islam and other religions — and attempts to justify its actions under the guise of preventing terrorism and violent extremism.  In reality, China’s conflation of religious and ethnic identity with terrorism and so-called “extremism” is likely to fuel the very resentment, recruitment, and radicalization to violence that it claims it is seeking to avoid.

Today, the United States calls on China togrant the March 2019 request from the UN Special Rapporteur on Freedom of Religion or Belief to visit Xinjiang, and to grant similar requests by other mandate holders. Furthermore, we call on China to reverse its counterproductive policies that conflate terrorism with peaceful religious and ethnic expression or identity; to release all those arbitrarily detained; and to cease efforts to coerce members of Muslim minority groups residing abroad to return to China to face an uncertain fate.

The United States will continue to promote accountability for those who are involved in human rights violations and abuses, including by considering targeted measures against Xinjiang officials.

The United States urges all States to refrain from forcibly repatriating asylum seekers from Xinjiang back to China, in accordance with their obligations under international law and consistent with the principle of non-refoulement.

Today we will hear from experts and view images of the situation in Xinjiang.  I will now introduce our distinguished panelists for their remarks before opening the floor: Omir Bekali, a survivor who will provide a firsthand account of life in Xinjiang’s gulag; Professor Adrian Zenz, whose groundbreaking research has helped us to understand the scope and scale of this ongoing human rights crisis; UN Special Rapporteur for Freedom of Religion or Belief Ahmed Shaheed, who seeks to promote protection of the rights of all individuals to practice the religion or belief; and John Fisher of Human Rights Watch, who has worked to draw attention to this concerning issue. We will also hear from officials representing our co-sponsoring governments.