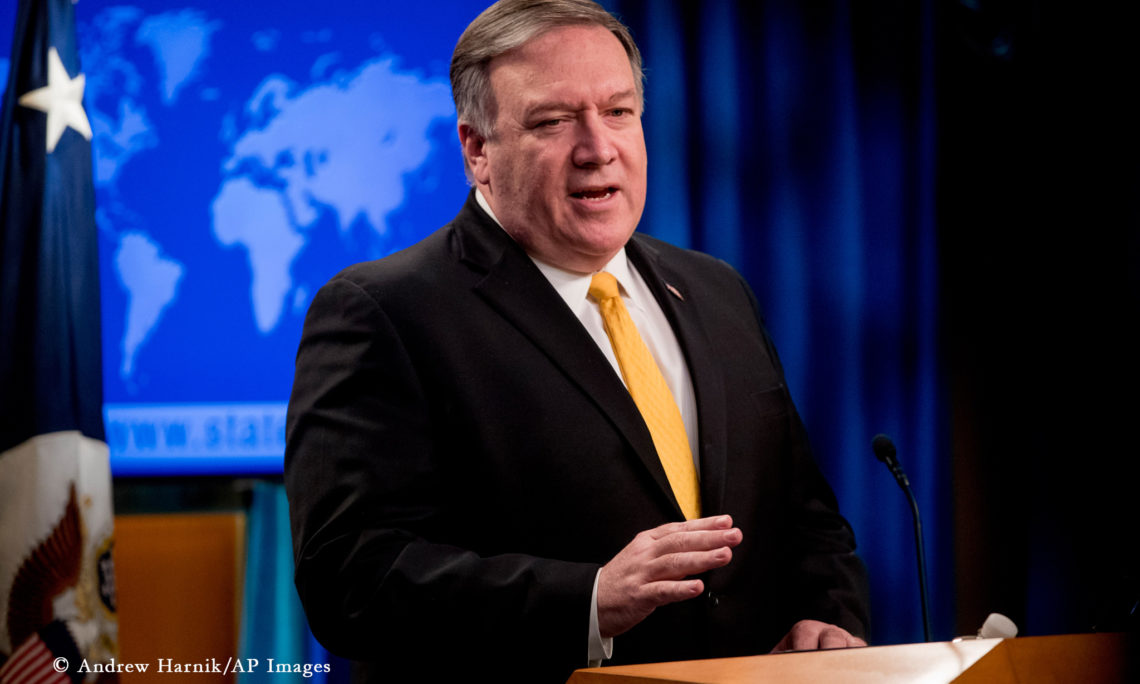 U.S. Intents To Withdraw from the INF Treaty February 2, 2019

Russia has not taken the necessary steps to return to compliance over the last 60 days. It remains in material breach of its obligations not to produce, possess, or flight-test a ground-launched, intermediate-range cruise missile system with a range between 500 and 5,500 kilometers. The United States has gone to tremendous lengths to preserve the INF Treaty, engaging with Russian officials more than 30 times in nearly six years to discuss Russia’s violation, including at the highest levels of government. Despite our efforts, Russia continues to deny that its noncompliant missile system – the SSC-8 or 9M729 – violates the Treaty. In accordance with customary international law, the United States has suspended its obligations under the INF Treaty, effective today, in response to Russia’s material breach.

The United States takes its treaty obligations seriously and will not stand idle when others flout their obligations. Violations of treaty obligations must have consequences. The United States remains committed to effective arms control that advances U.S., allied, and partner security; is verifiable and enforceable; and includes partners that comply responsibly with their obligations. The United States stands ready to engage with Russia on arms control negotiations that meet these criteria. Regrettably, the INF Treaty is no longer effective due to Russia’s ongoing material breach. Today’s actions are to defend U.S. national security and interests and those of our allies and partners.