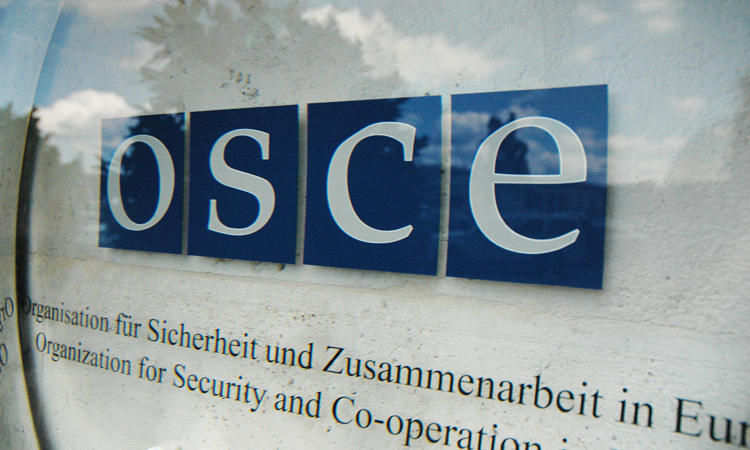 OSCE emblem at the entrance to the Hofburg Congress Center, Vienna. (USOSCE/Colin Peters)

Today the United States welcomes the expert, fact-finding report on human rights violations and abuses in the Russian Federation’s Republic of Chechnya and impunity for them, which we believe to be a particularly serious threat to Russia’s fulfillment of its Organization for Security and Cooperation in Europe (OSCE) human dimension commitments.

This expert report concluded that Chechen authorities committed torture and other appalling human rights violations and abuses, including extrajudicial killings of LGBTI persons and others, and describes a worsening “climate of intimidation” against journalists and civil society activists.   The report observes that the Russian government “appears to support the perpetrators rather than the victims” and has “not lived up to its responsibilities” to address the “grave situation” in Chechnya.

The report, presented today at the OSCE, is the result of the invocation by the United States and 15 other countries of a rarely used diplomatic tool known as the Moscow Mechanism.

We call on the Russian Federation to protect the human rights of all within its borders, consistent with international law, OSCE commitments, and its own constitution.  We support the report’s recommendations that Russia conduct a new and truly independent inquiry into the violations and abuses, that human rights defenders and the media be allowed to operate in Chechnya without reprisal, and that imprisoned human rights defender Oyub Titiyev be immediately released.

The United States will continue to speak out in support of human rights for individuals everywhere, including in Chechnya, and to support international efforts to promote accountability for those responsible for human rights violations and abuses.