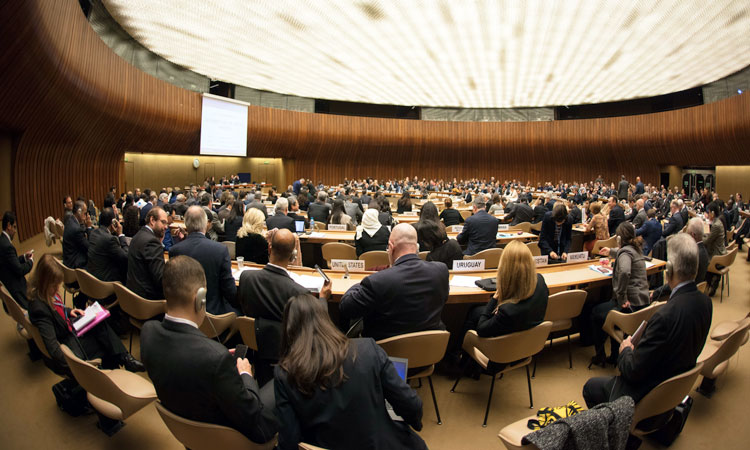 Statement on Venezuela at the 2018 BWC Meeting of States Parties

Mr. Chairman, the United States cannot accept the choice of Venezuela as one of the Vice Chairs of the BWC Meeting of States Parties.  In our view, the conduct of the Venezuelan government, both in the broadest possible terms and as a BWC Party, disqualify it from leadership positions in multilateral bodies.

We cannot ignore circumstances in Venezuela, and we will not accept a “business as usual” approach in the BWC.  The choices states make about leadership positions in multilateral bodies matter.  They send a message, even if unintentionally.  We are deeply concerned about the breakdown of democratic order in Venezuela and the ongoing humanitarian, economic, and political crisis that has forced 3 million Venezuelans to flee their country since 2015.

Furthermore, in light of the financial crisis in which the BWC finds itself, which unfortunately must be the focus of our meeting this week, it is significant that Venezuela is in arrears in its BWC contributions in the amount of some $42,540.  This makes Venezuela the second largest debtor among BWC Parties, with arrears that are more than three times those of the next largest debtor.  To help put Venezuela’s debt in perspective, it represents nearly the cost of one day of meeting time here in Geneva, which of course is precisely what we have had to sacrifice this week.

So I ask my fellow delegates:  What does it say about us as a BWC community if we choose a country with this kind of abysmal record as one of our leaders?