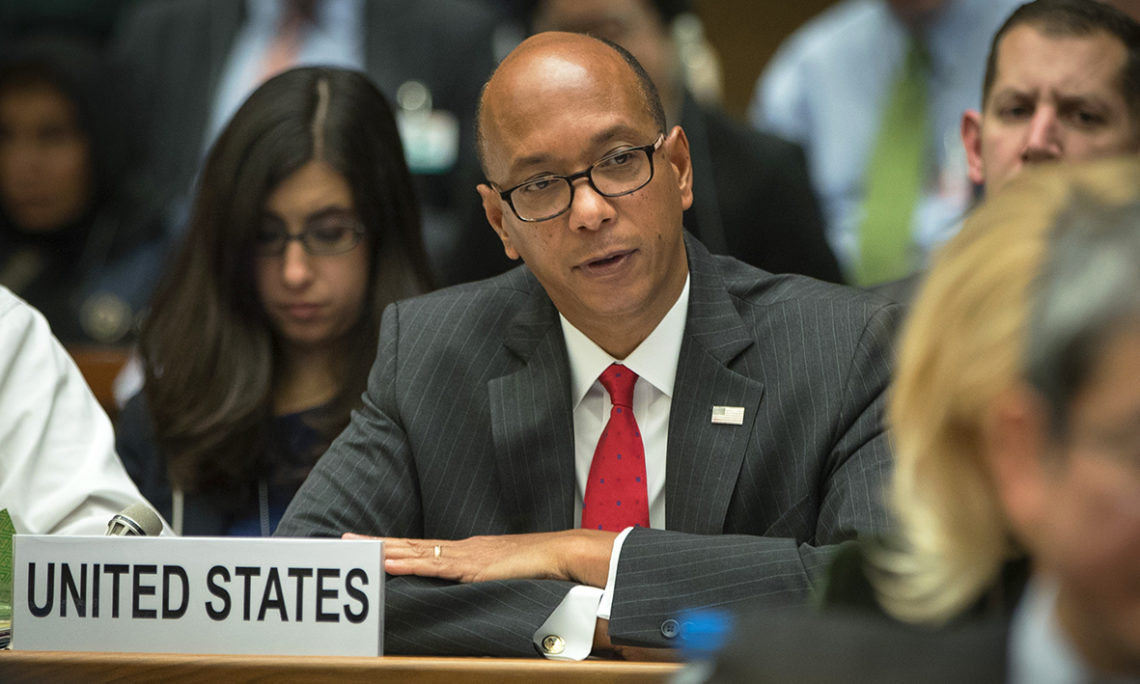 U.S. General Statement at the 2018 BWC Meeting Of States Parties

Mr. Chairman, the BWC is confronted by a range of substantive challenges arising from the threat of biological weapons. We addressed many of these challenges in the fruitful Meetings of Experts that took place this past August. However, it is unfortunate that efforts to address these challenges directly must give way this week to a higher priority – securing agreement on measures that will effectively address the BWC’s significant financial problems.  These problems have already cost us a day of meeting time.  Failure to make decisions to address them this week would jeopardize not only our ability to hold future meetings, but also the existence of the BWC Implementation Support Unit.

We should seek to ensure that States Parties pay in full and on time – but this will not always happen, so we must also take steps to manage the situation.  Those steps are not too complicated:

We need to establish a working capital fund, financed by voluntary contributions, to address cashflow needs during the year.

We need to ensure that we do not spend more than we collect each year.

Mr. Chairman, beyond these financial problems, of course, are the challenges that were addressed at the Meetings of Experts.  My Delegation was encouraged by the constructive proposals in the area of assistance and cooperation, including ways to improve the database and relevant reporting.  As part of such improvements, we believe that ways should be found to ensure that requests for assistance are written so as to maximize the likelihood that they can be met.

The August MX2 also laid a strong foundation for our future work on science and technology by sharing relevant developments, and the United States believes that the remainder of this intersessional period should focus on risk assessment and management. We look forward to engaging further on scientific codes of conduct that are developed by all stakeholders, including scientific practitioners, and that leverage relevant existing codes and norms.

In August, other useful ideas were presented for strengthening national implementation, including by enhancing confidence building measures, and by continuing to pursue voluntary transparency measures.  My Delegation is pleased to point out that, for this meeting, India and the United States have updated our working paper on implementation of Article III, in which we address effective means for Parties to do so, as well as relevant international cooperation.

My Delegation was also pleased to see a convergence of views on key aspects of assistance, response, and preparedness, such as procedures for requesting relevant assistance – consistent with the constructive proposal of South Africa – and the establishment of an Article VII assistance database.  Finally, in the area of institutional strengthening, it is clear that there is no consensus among Parties on the merits of a new legally binding protocol, and the United States believes MX5 should focus more on short- and medium-term measures that do not involve legal mechanisms.

Mr. Chairman, I have only mentioned a few of the many constructive ideas that were put forward at the August meetings for addressing the substantive challenges to the BWC.  Consensus does not exist on these ideas, but agreement in some key areas is sufficiently widespread that my delegation believes continued efforts by States Parties can lead to common understandings and effective action to address the BWC’s challenges.  In addition to beginning to resolve our ongoing financial crisis, I hope we can make progress this week on working toward such understandings and action.