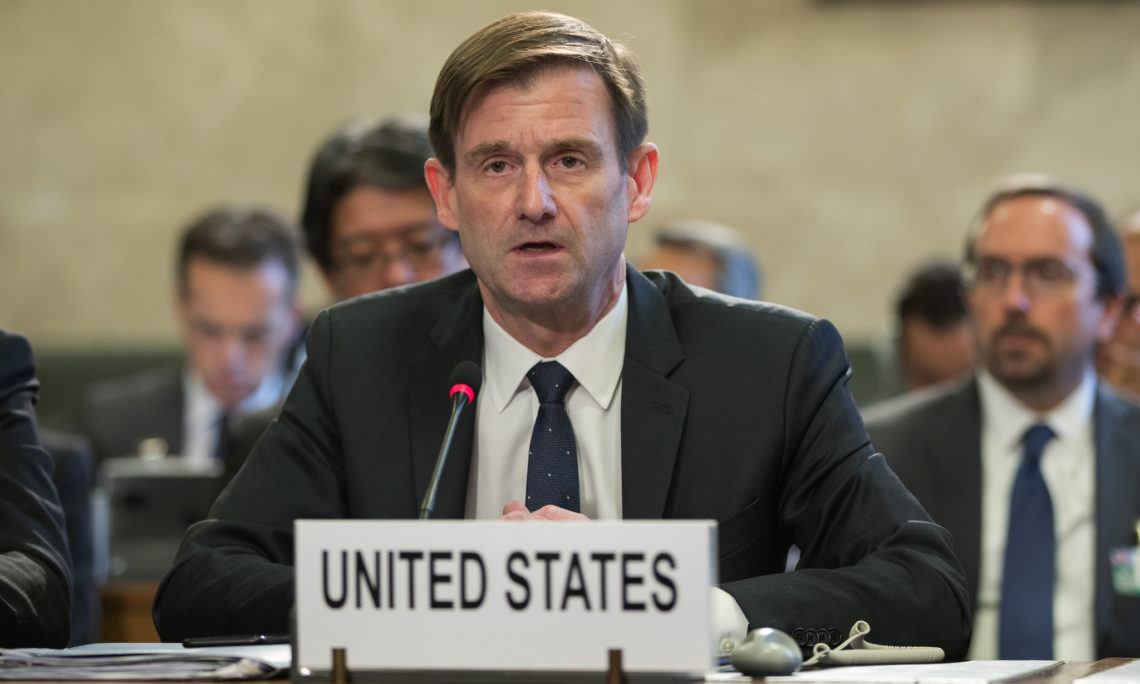 Minister Rabbani and Under Secretary General Di Carlo, thank you for chairing this session today.

We meet at a time of new opportunity to achieve a political settlement that ends the war in Afghanistan.

We seek an inclusive peace that will benefit all Afghan men and women.

We seek a peace in which Afghanistan plays its rightful and obligatory role, contributing to international security and ensuring its territory is no longer exploited by terrorists.

And we seek a peace that accelerates economic growth and prosperity for Afghanistan and its neighbors.

There are encouraging signs:

A Taliban commitment to a peaceful outcome is long overdue. We call on the Taliban to commit to a ceasefire and appoint an authoritative negotiating team.

For our part, America continues its support for an Afghan-led and Afghan-owned process.

Peace in Afghanistan is possible, and we must all seize this opportunity.

Special Representative Khalilzad’s efforts reflect the priority we place on this goal.

The time has come to plan for an Afghanistan at peace. We welcome the call for a specific action plan to sustain peace and grow the Afghan economy following a political settlement.

Afghans will lead in the planning, but donors have a considerable role, now and after a settlement, to support a transition to peace and self-reliance, working on a fair basis of sharing the burden, and on a sustained basis.

We commend those donors who have met their Brussels commitments and call on all to prepare for the post-peace effort.

The American people have made available $3.6 billion in civilian assistance since 2016.

While we plan for the future, we remain focused on immediate humanitarian needs, including those related to the severe drought.

The Afghan government and people have the task and responsibility to secure the conditions for successful implementation.

We see some progress on reform.

Afghanistan was ranked among the ten most improved countries by the World Bank’s Doing Business Report. This is welcome news, particularly given the ongoing conflict.

But “most improved” is not enough. Accelerated, credible reform, particularly in tackling corruption, is needed. The Afghan people deserve it, donors expect it, and investors await it.

Afghan women are contributing more and more. Still, more must be done to enable their full participation in society and to protect their rights, as well as those of children.

Afghanistan’s recent parliamentary elections saw millions of voters participate, despite the security challenges. Afghans and donors alike will watch to see that the technical flaws in October are corrected for next year’s presidential election. America remains committed to supporting preparations for this election.

Today, we reaffirm our commitment to the Afghan people, welcoming the progress that has been made, and focusing on what more is required for an inclusive and sustained peace.