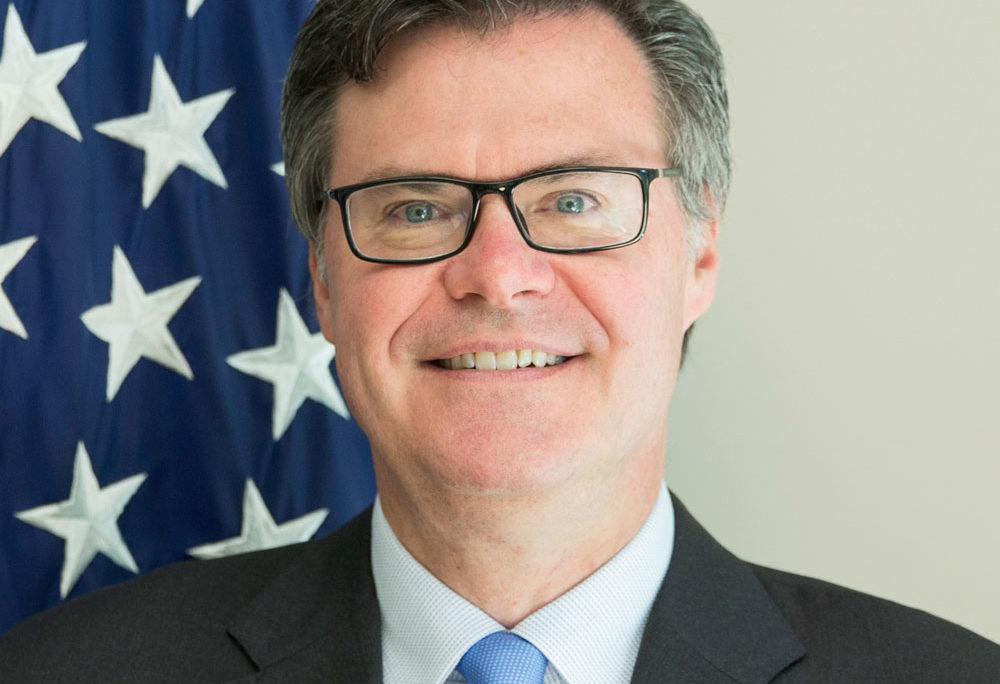 Intellectual Property And Innovation: The Societal Value Of Ip In The New Economy – IP And New Business

The United States is pleased to co-sponsor this agenda item and contribute to the discussion of “The Societal Value of IP in the New Economy – IP and New Business.”

I would also like to thank Switzerland, Australia, the European Union, Japan, Korea, Chinese Taipei, and Brazil for co-sponsoring this item.

Yesterday, the Friends of IP and Innovation sponsored a side event where speakers highlighted the incentivizing role of IP in the areas of economic growth, development, societal benefits as well as a catalyst for new businesses.  This featured economic perspectives and innovators who have relied on IP to produce game-changing technology. We thank everyone who came and supported the event.

As we have discussed during the course of the year, there is a critical nexus between business development, intellectual property, and economic growth.  IP-intensive industries support at least 45 million U.S. jobs and contribute more than $6 trillion dollars to, or 38.2 percent of, U.S. gross domestic product (GDP).

The importance of intellectual property is no less for small and medium sized companies, including startups, which are the backbone of the American economy.  The United States’ 30 million SMEs have accounted for nearly two-thirds of net new private sector jobs in recent decades.  And our youngest companies – those less than one year old – have created on average 1.5 million jobs annually over the past three decades.

These figures indicate that creating the conditions for new businesses and startups to succeed is key to America’s future economic success. Entrepreneurship is critical to both the U.S. and global economy.

US Government agencies support entrepreneurs throughout every phase of the business-life-cycle: in addition to promoting transparency and rule of law, they provide for patent, trade secret, trademark, copyright and other IP protections to allow entrepreneurs to protect their work and bring it to the marketplace.

For new businesses, IPR protection can often help determine whether a firm survives and thrives.  In particular, U.S. manufacturing firms that use intellectual property are a boon for the economy.

In the case of SMEs, trade secrets may play a critical role in the development of innovation and are among the primary forms of intellectual property that companies use to protect their innovations, as smaller firms “tend to have fewer resources and limited expertise and capacity for managing intellectual assets using formal IPRs”.

Patent protection also plays a critical role for the development of new companies.  Start-ups, as compared to larger firms, may factor into their growth strategies, considerations such as the marketing advantages that ensue from being able to claim patent protection.

Studies have shown that SMEs tend to use their patents more actively than large firms and smaller companies generally license a higher proportion of their portfolios than do larger ones. A recent study out of the UK on the survival of new technology-based firms also concludes that patent development during firms’ initial years is critical to survival.

Registering and maintaining relevant trademarks can also help ensure that a firm rightfully enjoys the benefits of its investment in creating a distinctive brand, including brands that feature innovative products and services.   Without this legal protection, an unscrupulous competitor may attempt to usurp the goodwill that another company has worked hard to create.

Traditionally, research on the role of IPRs for small firms and start-ups has been patent-focused. Recently, however, research on trademarks has gained momentum and has established that trademarks are a similarly important form of IPR, particularly for start-ups.

Exporters are significantly more likely to rely on IPR than other firms. Firms holding patents in the United States account for over 90 percent of U.S. exports. Similarly, innovative firms are better exporters. An examination of the performance of 1700 firms before and after acquisition of a first patent found that, whereas the number and value of firms’ export transactions remained  constant up to the date of the patent acquisition, the number and value of export transactions rose afterward.

Industries in the U.S. that rely on IP are ones that flourish the most.  One example is the copyright industry, which as a whole, generates jobs, and produces economic growth, both in the U.S., and globally.  Copyright protection plays a key role in a large number of companies.  Even those not engaged in content creation and distribution often have a strong need to protect important materials via copyright.

In the United States, copyright-intensive industries supplied 5.6 million jobs and copyright industry workers earn on average 38% higher wages than other U.S. employees. The U.S. music industry specifically, supports 1.9 million American jobs and added $143 billion in value to the U.S. economy in 2016, increasing over 37% since 2012.  Many creative artists are small businesses, who rely on copyright protection to improve their livelihood.

The U.S. Government wants to make sure new businesses have knowledge of, access to, and benefit from, existing government resources aimed at helping startups and new businesses realize international opportunities.

Many startups, in particular technology startups, face unique challenges, so counseling from government or private sector organizations can make a big difference.

The International Trade Administration (ITA) at the U.S. Department of Commerce launched an initiative entitled “Startup Global” in partnership with the Global Innovation Forum to provide focused advice to small and early-stage American companies looking to grow their businesses by engaging in the global marketplace.

The Global Entrepreneurship Summit was held for the first time in South Asia in Hyderabad, India, last year and this year will be in the Hague.

These programs aim to increase survival and success rates of technology-based start-ups. The programs also enable technology-based start-ups to scale their growth faster. Both of these goals are achieved by encouraging startups to expand into international markets where there is demand for their products & services and potentially less competition.

Other USG agencies, such as the US Patent and Trademark office, offer programs for new businesses and startups to protect their IPR.

Through the Patent Pro Bono Program, the USPTO partners with non-profit organizations and law schools to establish regional programs throughout the country. By working with their regional patent pro bono program, under-resourced independent inventors and small businesses are eligible for free legal advice and representation to help them file and prosecute patent applications.

The Americas Competitiveness Exchange, is done in coordination with  U.S. Department of Commerce’s International Trade Administration (ITA) and Economic Development Administration (EDA), in coordination with the U.S. Department of State and the Organization of American States (OAS), and brings 50 representatives from 24 countries throughout the Western Hemisphere to explore global and regional partnerships and economic development opportunities to establish new global commercial relationships.

Furthermore, the U.S. and the EU work together to make sure their startups and small businesses share best practices about how to protect their IPR in each others’ markets. The EU-US SME Best Practices Workshops are held annually and are an ongoing opportunity for small businesses to engage directly and discuss trade topics of interest with U.S. and EU officials and small and medium businesses and associations from both sides of the Atlantic.

IP protection also plays a big role in new emerging technologies and startups that are quickly integrating into the global economy.

Marvin Caruthers, Inventor of Chemical Synthesis of DNA, and co-founder of Amgen and Applied Biosystems testifies to the importance of IPR to biotechnology development.  He emphasizes that the biotechnology industry would not exist without patents, as he must have patents to protect his technology in order to attract investors, as they want to know what the company is bringing to the table.

Artificial intelligence is another emerging area focusing in IPR protection, used mostly in the tech industry, producing new products and services every year. AI will redefine how individuals think about daily life, and startups will need to start leveraging AI to get ahead.

The USPTO offers programs and tools for businesses to learn to protect AI-related inventions, navigate the quickly evolving sector, and learn about the U.S. approach as well as how other major economies are addressing AI in terms of intellectual property rights protection.

New enterprises, startups, and small businesses, Mr. Chairman, are the core of the U.S. and global economies. As we have discussed over the past year, the nexus between trade, IPR, and economic growth is profound, as intellectual property not only fosters new business, but it creates new jobs and leads to higher wages.

IPR is an integral part of our local American innovative economy, and through trade and investment, IPR contributes to the economic growth of the global economy, improving lives and society as whole.

Thank you, Mr. Chairman, and we look forward to hearing from other Members on this topic.