HRC38: Clustered Interactive Dialogue on Sexual Orientation and Identity
and on the Rights to Freedom of Peaceful Assembly and Association
By U.S. Mission Geneva
3 MINUTE READ 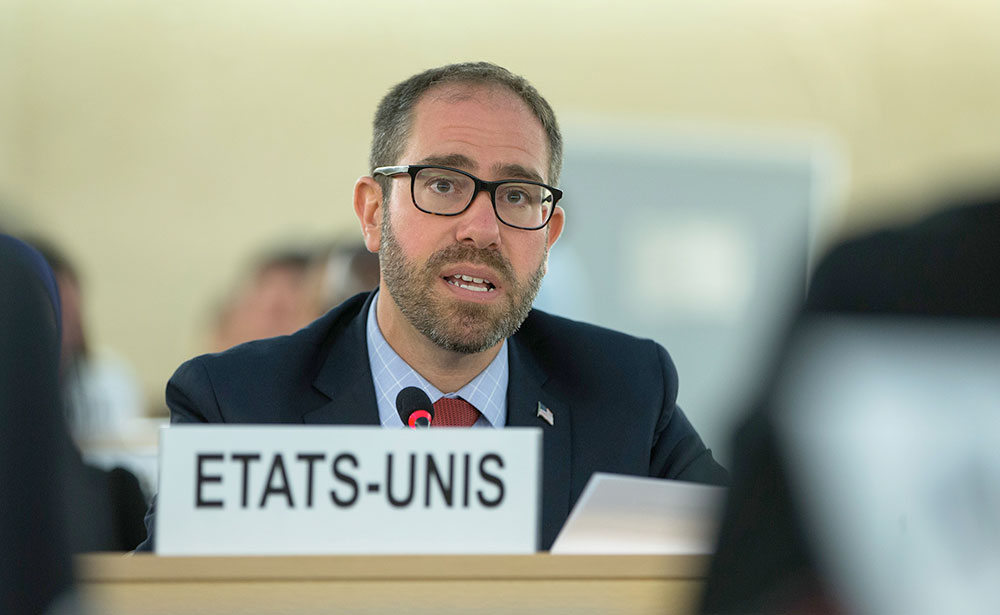 Clustered Interactive Dialogue:
Independent Expert on Sexual Orientation and Identity; and Special Rapporteur on the Rights to Freedom of Peaceful Assembly and Association


Statement of the United States of America,
as delivered by Jason Mack

The United States welcomes the report of Victor Madrigal, the Independent Expert on Combatting Violence and Discrimination based on Sexual Orientation and Gender Identity.  We also welcome Clement Voule, the new Special Rapporteur on the rights to freedom of peaceful assembly and association, and look forward to his future reports.

The Report of the Independent Expert confirms that lesbian, gay, bisexual, transgender, and intersex persons continue to face arrests, abuse and discrimination in all regions of the world. We welcome the focus on supporting efforts to decriminalize same-sex conduct between consenting adults and strengthening the capacity of regional human rights organizations to advocate more effectively on behalf of LGBTI persons.

We draw attention to the collaborative linkages between these two mandate holders.  LGBTI persons and other marginalized and vulnerable populations continue to face criminal penalty for mere association with one another, including severe restrictions on peaceful assembly.  The nexus between the interrelated rights of peaceful assembly, freedom of association and ones’ perceived or real sexual orientation and gender identity should be explored in greater depth.

The United States firmly opposes criminalization, violence and acts of discrimination in areas such as housing, employment, and government services. We continue to believe that all persons, regardless of socioeconomic status or sexual orientation or gender identity, have the right to freely associate and assemble peacefully.

Question: Mandate holders, could you both discuss ways in which you plan to collaborate with each other and other mandate holders?