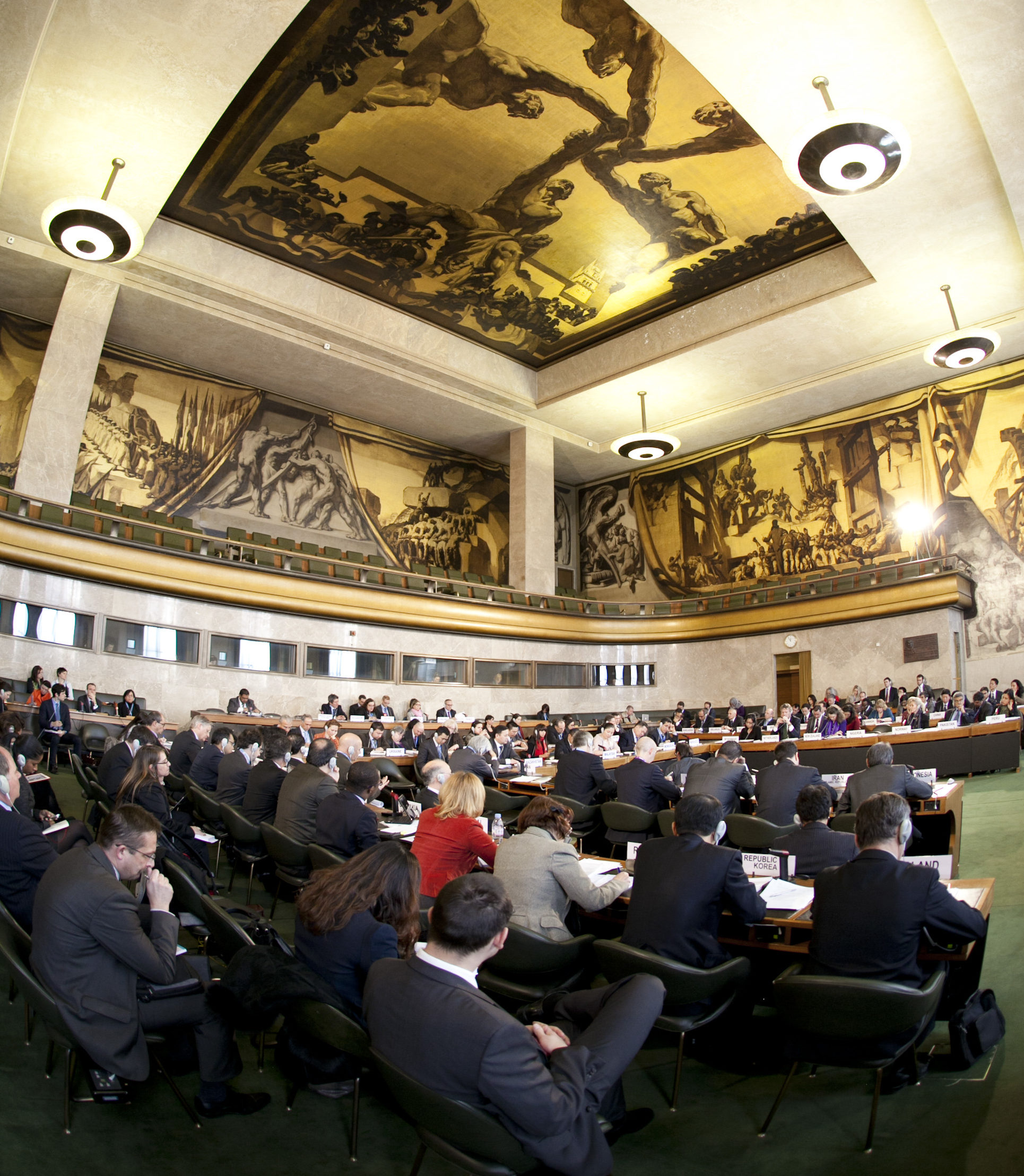 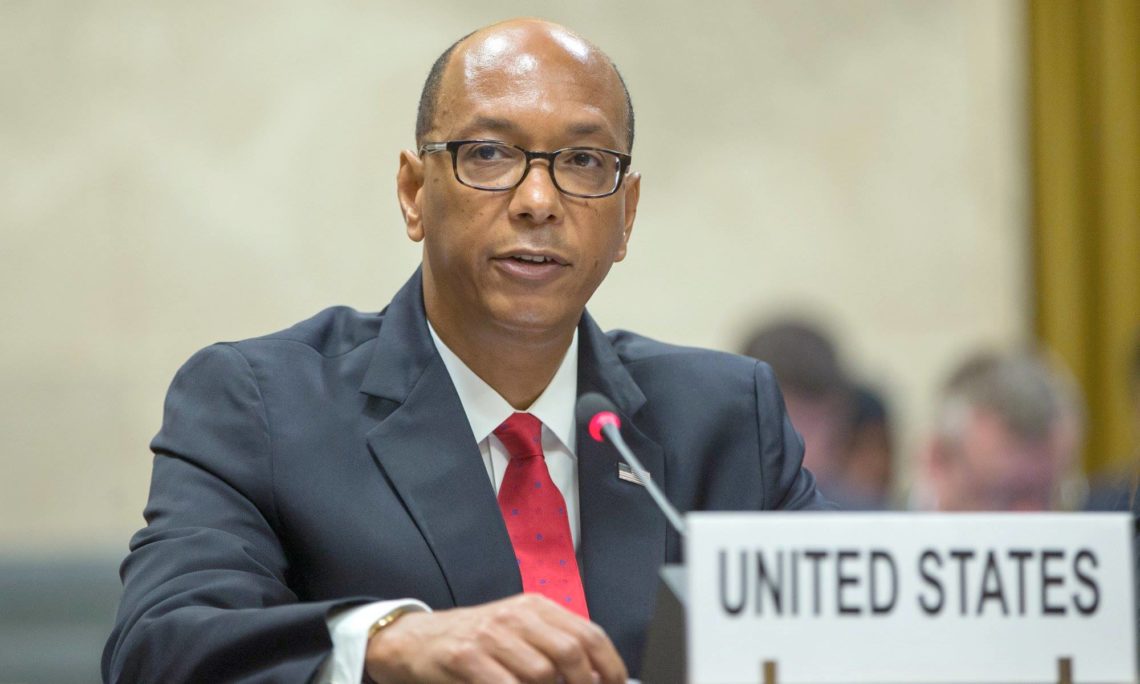 UNITED STATES STATEMENT AT THE CONFERENCE ON DISARMAMENT

As delivered by Ambassador Robert Wood
U.S. Permanent Representative to the Conference on Disarmament
Geneva, May 29, 2018

Today marks a sad and shameful day in the history of this body.  Simply put, it is a travesty that the Syrian regime – which continues to indiscriminately slaughter its own people with weapons banned by the Chemical Weapons Convention – should presume to preside over this body.  Rather than pretend that there is any legitimacy to Syria’s Presidency of this body, we should all hold accountable the Syrian regime and those who enable its barbaric crimes.

The United States is outraged at Syria’s actions, its blatant disregard for international obligations, and its temerity in assuming the Presidency of a body committed to advancing disarmament and nonproliferation.  Given its demonstrated contempt for the work of this body through the repeated violation of treaties negotiated here, Syria has neither the credibility nor the moral authority to assume the presidency of the CD, the very body that negotiated the Chemical Weapons Convention.  Syria acceded to that treaty in 2013, clearly with no intentions to comply with its obligations then or now as it continues its possession and use of chemical weapons in barbaric acts against its own people.

The Syrian regime’s history of using chemical weapons is well established and, despite sustained diplomatic efforts, has contributed to appalling human suffering since the start of the Syrian conflict in 2011.  The horrendous chemical weapons attack in Douma on April 7 was just another tragic example of the Assad regime’s defiance and utter disrespect for its obligations under the Chemical Weapons Convention.  Such actions by Syria are also flagrant violations of multiple UN Security Council resolutions, most notably UN Security Council Resolution 2118, which requires Syria to destroy all of its chemical weapons stockpiles and cease the use of chemical weapons.  The Assad regime’s actions demonstrate blatant disregard for Syria’s legal obligations and threaten the longstanding global norm against the use of chemical weapons that the international community has pledged to protect.  The international community needs to use all of its available tools to make clear that we will not tolerate the use of CW anywhere, by anyone.

Syria’s disregard for its international arms control obligations is, of course, not limited to its possession and use of chemical weapons against the Syrian people.  Syria’s longstanding noncompliance with the Non-Proliferation Treaty (NPT) and its International Atomic Energy Agency (IAEA) safeguards agreement under the NPT should also be immediately disqualifying.  Seven years have passed since the IAEA Board of Governors found Syria to be in noncompliance with its safeguards agreement for its clandestine construction of an undeclared plutonium production reactor.  Since that time, Syria has ignored the calls of the IAEA Director General and Board to cooperate with the IAEA to remedy its ongoing noncompliance.  Rather than address these issues constructively, Syria has sought to actively obstruct the IAEA’s investigation and to discredit the Agency’s well-founded technical assessments.  Syria’s obstructionist behavior and blatant noncompliance is not befitting of any state serving as the President of this body.

Let me be clear:  we cannot permit “business as usual” in the CD while Syria presides over this body.  We cannot turn a blind eye toward the Presidency of a regime that stands for everything this body was conceived to prevent.  Our attendance today does not signify any support or endorsement of Syria’s credentials or credibility in the role of President.  In fact, it represents the opposite – we cannot sit back and allow Syria’s Presidency to proceed unchallenged or acquiesce to routine operation of the CD under Syria’s leadership. We have too much respect for the importance of the CD as an institution to allow that to happen.

During the next four weeks, we will be present in this hall to ensure that Syria is not able to advance initiatives that run counter to the interests of the United States, but we will fundamentally alter the nature of our presence‎ in the plenaries. The U.S. will also not attend any informal meetings the Syrian presidency may decide to convene. Moreover, the U.S. Delegation will not attend any of the CD’s subsidiary body discussions during Syria’s presidency. We look forward to resuming normal participation in all CD meetings following the end of Syria’s presidency.

We encourage others to join us to express their outrage at Syria’s actions and their objections to the Syrian regime presiding over the CD, and to work with us to increase the political pressure to hold the perpetrators accountable for their brutal attacks in Syria and their continued violations of international arms control and nonproliferation obligations.