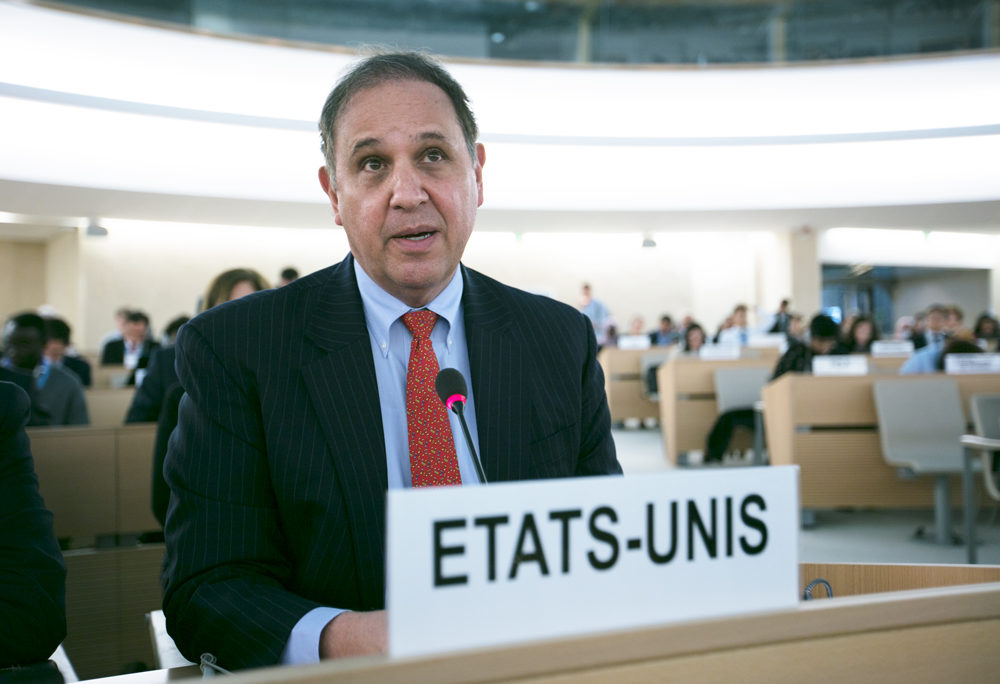 As prepared for delivery by Theodore Allegra, Chargé d’Affaires,
U.S. Mission to the United Nations in Geneva
Geneva, May 18, 2018

The United States remains concerned over the recent outbreak of violence along the Gaza fence.  But today’s session is blatantly taking sides and ignoring the real culprit for the recent outbreak of violence, the terrorist organization Hamas.  Hamas has even admitted its involvement in the violence when a Hamas official proudly announced that 50 of the 62 killed were members of Hamas.

The United States affirms Israel’s right to defend itself.  We also condemn in the strongest terms actions by Hamas and other militant groups.

The recent outbreak of violence is part of a broader pattern of incitement to violence perpetrated by Hamas and its partners.  In recent days, multiple news organizations have documented the Hamas incitement in Gaza.  They have reported that Hamas maps and social media show the fastest routes to reach Israeli communities in case demonstrators make it through the security fence.  They have reported on Hamas messages over loudspeakers that urge demonstrators to burst through the fence, falsely claiming Israeli soldiers were fleeing, when in fact, they were not.  The same loudspeakers are used by Hamas to urge the crowds to “Get closer! Get closer!” to the security fence.

Hamas allegedly encouraged demonstrators to attack the Kerem Shalom crossing, the biggest entry point in Gaza for fuel, food, and medical supplies.  They have sent burning kites adorned with swastikas across the fence, and taken other actions that place civilians’ lives in jeopardy.  This is the real story of what is happening in Gaza, and it is clear that Hamas is to blame for the outbreak of violence.

The resolution being considered today establishes a Commission of Inquiry into violations of human rights and humanitarian law.  While the United States rejects the assertions that human rights violations took place, it notes that the scale of violence is quite small compared to the worst human rights situations occurring across the globe.  It is hypocritical for this body to spend time and money on this Commission if there are no Commissions looking into human rights and atrocities in the DPRK, Iran, Cuba, Venezuela, and the Russian occupation of Crimea.

The United States is committed to advancing a lasting and comprehensive peace between Israel and the Palestinians.  We want nothing more than peace.  A peace that offers a brighter future to both Israel and the Palestinians.  The continued anti-Israel bias of this Council does nothing to promote that future, and the one-sided action proposed by this Council today only further shows that the Human Rights Council is a broken body.