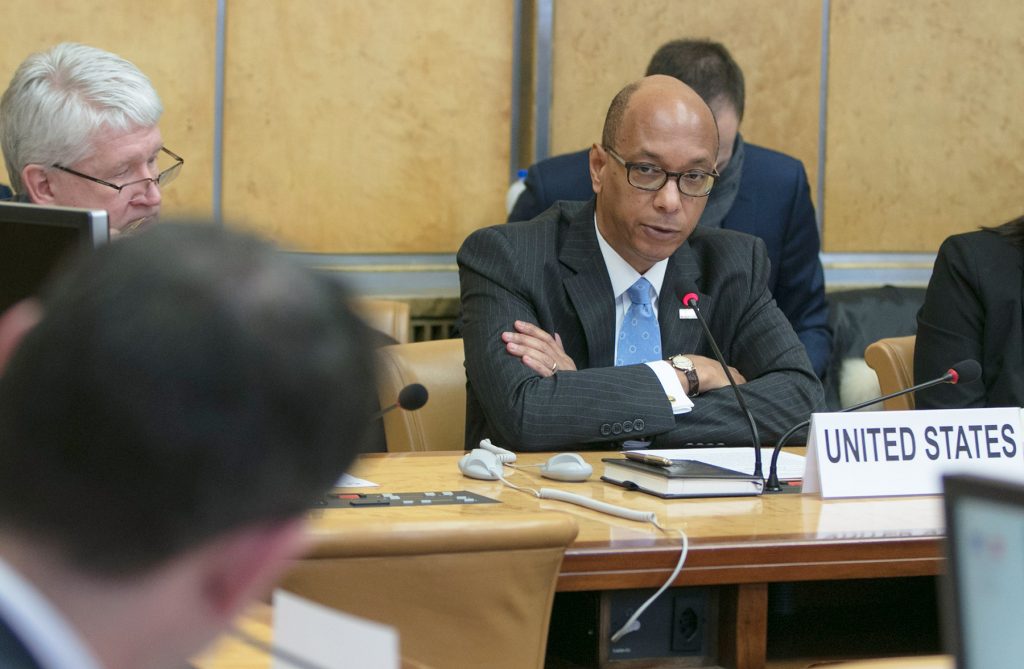 Statement by Ambassador Robert A. Wood

Delegation of the United States of America

The “International Partnership against Impunity for the Use of Chemical Weapons” represents a political commitment by participating countries to hold to account those responsible for the use of chemical weapons.  The United States strongly affirms that commitment.  While we continue to work at the United Nations to renew the OPCW-UN Joint Investigative Mechanism (JIM), we must take every opportunity to deter State and non-State actors from using chemical weapons.  As Secretary Tillerson said last month, the partnership “puts those who ordered and carried out chemical weapons attacks on notice,” adding that, “the United States takes chemical weapons threats seriously, and we cannot stand idly by and allow their use to become regularized.  We will continue to seek accountability and justice for the victims of that attack.”  You have no doubt heard the same message fromAmbassador Haley at the UN Security Council.