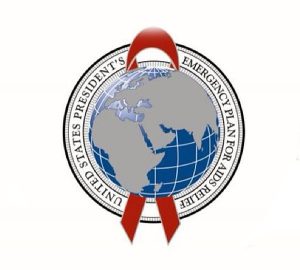 Ambassadors, distinguished guests, thank you for joining us this evening.

On December 1, the world will mark World AIDS Day.  On that day — just as for the past 28 years – we and others around the world will pause to commemorate the family, friends, and colleagues we have lost; remind ourselves of the devastation the epidemic has caused; and rededicate ourselves and institutions we represent to ending HIV/AIDS.

We are especially pleased to have with us Michel Sidibe, Executive Director of UNAIDS; and Ambassador Deborah Birx, U.S. Global AIDS Coordinator and Special Representative for Global Health Diplomacy.

The United States is proud to have been active, for decades now, in saving lives that would otherwise have been lost to HIV/AIDS.

Many of you here today represent countries where PEPFAR is active, in places especially hard hit by the epidemic.  Your leadership in addressing HIV/AIDS is testament to a shared commitment to confront the disease, and has made possible the progress we see today.

But we need to do more.  At the UN General Assembly in New York, Secretary of State Tillerson announced a strategy, supported by PEPFAR, called “Accelerating HIV/AIDS Epidemic Control.”  Most simply, this new strategy is designed to bring treatment to more people, more quickly, and also to improve our prevention efforts.

Ambassador Birx will talk more about the strategy in a moment, but I’d like to underscore that everyone in this room represents a country that has worked hard to confront the devastation caused by HIV/AIDS.

I welcome colleagues from the diplomatic missions of countries that have shown outstanding resolve – and results – in addressing the disease — in particular the representatives from Kenya, Botswana, Namibia, Zambia, Zimbabwe, Haiti, Rwanda, Uganda,  and Lesotho.

I also want to welcome colleagues from missions of supportive donor countries.  France, Japan, the United Kingdom, Norway, and Canada have given extraordinary amounts of money and technical support.

And of course, all countries involved in the fight against HIV/AIDS have collaborated with our essential multilateral partners:  UNAIDS, the World Health Organization, and the Global Fund.  It is our pleasure to have officials from these groups here this afternoon.

And while we have your attention, I’d like to introduce a few people to outline briefly the global next steps to get this epidemic under control.

Since 2009, Michel Sidibe has been a visionary Executive Director of UNAIDS. Under his leadership, UNAIDS has advocated for “zero new infections, zero discrimination, and zero AIDS-related deaths” – goals that once would have sounded as unrealistic as they were elusive.

Ambassador Deborah Birx is a passionate advocate skilled at making a reality from what once seemed impossible.  She places high value on using data to improve results, and has framed the opportunity that by 2020, 13 countries could see their HIV epidemics under control.

And, I am pleased that the Permanent Representative from Kenya, Ambassador Karau, will highlight his government’s leadership in responding to the HIV epidemic, and the progress it made to date.

But first, Mr. Sidibe.  As an inspiration to us all, I can think of no greater challenge and opportunity for this group on this day than the African proverb you recently tweeted:  “Do not let what you cannot do tear from your hands what you can.”

Michele, the floor is yours.