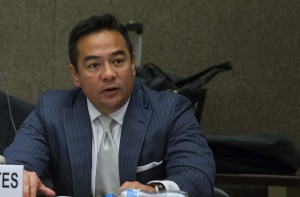 I am Ambassador Keith Harper, the Representative of the United States to the UN Human Rights Council.

As our President has said, “Torture violates United States and international law as well as human dignity.”  It is “contrary to the founding documents of our country, and the fundamental values of our people.”

For that reason, the United States took a leading role in the negotiation of the Convention Against Torture and Other Cruel, Inhuman or Degrading Treatment or Punishment more than thirty years ago.  Our country’s leaders have long championed the Convention, across the political spectrum.  When President Reagan signed the Convention and submitted it to the U.S. Senate in 1988 for its advice and consent, his letter urged ratification to “clearly express United States opposition to torture, an abhorrent practice unfortunately still prevalent in the world today”.  The United States ratified the treaty six years later, with support from both major political parties.  Opposition to torture is a fundamental American value.  Accordingly, I was honored to participate in last week’s event marking the 30th anniversary of this bedrock Convention.

We are proud of our country’s history and record, and have made great progress since our last appearance before this Committee. At the same time we recognize that no nation is perfect, ours included.    But we have learned from the past, and have strengthened our implementation of this Convention.

We see our dialogue with the UN human rights treaty bodies as part of a valuable process to push all nations, including the United States, to do better.  Indeed, we approach our engagement with this Committee as a dialogue.  Our meetings today and tomorrow are an opportunity for us to present our efforts to implement the Convention to you — but also an opportunity for us to learn from you.  We have faith that both sides of the dialogue will be constructive.

I am honored to appear before you today and present an experienced, senior-level delegation from the United States.  The members of our delegation represent four Federal government agencies, and two of our fifty States, Mississippi and Rhode Island.

Following me will be, Tom Malinowski, Assistant Secretary of State for the Bureau of Democracy, Human Rights, and Labor.  Then Mary McLeod, Acting Legal Adviser at the Department of State, followed by David Bitkower, a Deputy Assistant Attorney General from the Department of Justice, will take the floor.

With that, I am honored to turn to Assistant Secretary Tom Malinowski.