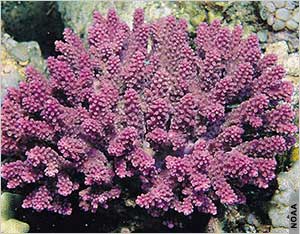 Washington — The United States announced August 27 that it will afford Endangered Species Act protections to 20 coral species. All 20 species will be listed as “threatened,” a less dire classification than “endangered.”

Fifteen of the newly listed species occur in the Indo-Pacific waters and five are native to the Caribbean, according to the Department of Interior’s National Oceanic and Atmospheric Administration (NOAA).

“Coral reefs are one of the most biologically diverse ecosystems on Earth, providing habitat for many marine species. Protecting and conserving these biologically rich ecosystems is essential, and the Endangered Species Act gives us the tools to conserve and recover those corals most in need of protection,” said Eileen Sobeck, assistant NOAA administrator for NOAA fisheries. “The final decision is a result of the most extensive rulemaking ever undertaken by NOAA. The amount of scientific information sought, obtained and analyzed was unprecedented.”

The final rule is a significant change from the proposed rule issued in November 2012. Since the rule was proposed for public comment, many new scientific papers on climate change and coral habitat, distribution and abundance have been published and NOAA was able to consider and incorporate new information into the final decision.

The agency said it also considered extensive comments from the public as part of the final rule-making action.The new data submitted after the rule was proposed strengthened the body of species-specific information available to NOAA for its final determination, according to the agency.That new information also improved NOAA’s understanding of coral habitat diversity, abundance, distribution and species-specific exposure to threats and their relative vulnerability or resilience.NOAA said it plans to continue to work with communities to help them understand how the agency’s decision may or may not affect them. The agency said that the methods to achieve compliance with the Endangered Species Act are sufficiently flexible so that they can be used for partnerships with coastal jurisdictions in a way that allows activities to move forward without jeopardizing listed coral. 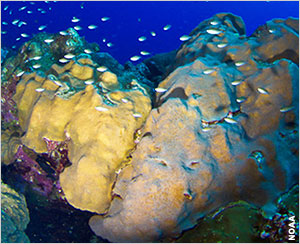 Coral reefs are critical to the health of marine ecosystems, and they face severe threats, according to NOAA. Coral reefs worldwide have declined significantly — some individual species have declined by at least 90 percent over the decades in which scientists have kept records.Healthy coral reefs provide shoreline protection for coastal communities and habitat for a variety of species, including commercially important fish. These benefits are lost when corals are degraded.

During the rule-making process, NOAA identified a number of threats to coral ecosystems. Some of the most serious include impacts related to climate change (rising ocean temperatures, ocean acidification and disease), ecological effects of fishing and poor land-use practices.NOAA said it will work with partners on mitigation measures and recovery plans for the newly listed corals. These will likely include approaches that have been successful elsewhere, such as watershed management, to address land-based sediment pollution in the U.S. Virgin Islands and Hawaii, and restoration efforts in the southeastern United States, where NOAA and partners are transplanting corals grown in nurseries to help recover degraded reefs.The United States has long been a leader in environmental conservation, and the coral species just listed join hundreds of other plants and animals protected under U.S. federal law.The Endangered Species Act of 1973 aims to conserve the ecosystems on which endangered species and threatened species depend, establish programs to conserve endangered and threatened species and implement international conventions intended to protect endangered species.

It complements and enhances the protections provided under the Convention on International Trade in Endangered Species of Wild Fauna and Flora (CITES), one of the earliest international agreements addressing the plight of endangered species, which also was adopted in 1973.

CITES protects at-risk species primarily through restrictions on commerce. The CITES system for controlling international trade in species in danger of becoming extinct relies on adoption and enforcement of export and import restrictions by signatory nations.