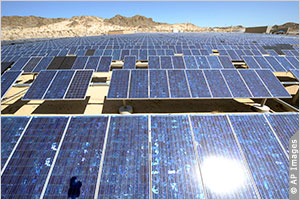 The project will increase Burma’s capacity to provide stable energy to its people and attract investment that will help the country grow its economy, according to a press release from the Office of the U.S. Trade Representative (USTR).

The agreement, between U.S.-based ACO Investment Group and the Burma Ministry of Electric Power, paves the way for developing two 150-megawatt solar energy plants. Extensive advocacy by senior officials in the U.S. departments of State and Commerce led to the agreement, USTR said.

“Efforts like these support the ambitious definition of development that is at the heart of President Obama’s trade agenda,” Froman said at the ceremony. “By promoting trade and investment, we are unlocking even more opportunities for workers and businesses in both countries that promote not only higher incomes at home and around the world, but also driving sustainable development. We’re doing this because we know that trade works best when its benefits are broadly shared.”

The project will be managed by ACO Investment Group’s portfolio company Convalt Energy. Burma depends heavily on hydropower, which decreases in output during the dry season, when solar sources are at their peak. When completed in 2016, the project is expected to account for 10 percent to 12 percent of the country’s power generation.

ACO expects the project will create a total of 400 construction jobs in Myingyan and Meiktila districts, where the plants are expected to be located, along with an additional 100 permanent jobs.

The total value of the project is approximately $480 million, making it one of the largest investments by a U.S. company in the country since the easing of sanctions, USTR said.

The project is expected to boost Mandalay’s manufacturing potential, develop local roads, and help provide power to develop the Myotha Industrial Zone, which is about 25 kilometers from one of the plant locations.

Through the U.S. Responsible Investment Reporting Requirements, U.S. companies making significant investments in Burma must be transparent about payments made to the government and about how they respect human rights in their business operations.

Convalt has pledged to train local employees and help build libraries at nearby schools.