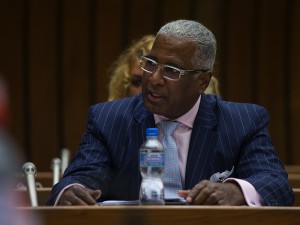 Committee on the Elimination of Racial Discrimination Opening Statement

To the Chair and distinguished members of the committee, I am William Bell. It is my honor to come before you as the 33rd Mayor of the City of Birmingham, Alabama in the United States. Just 50 short years ago, our city was a part of the segregated south. Brave men and women cried out for equality and the world listened.

Today, our city is a thriving example of what change brings. With over a $1billion of capital projects over the last 5 years, a thriving University, biomedical center, and an effort to establish ourselves as the Civil Rights Center of the United States, Birmingham stands as an example of what citizens can do when they come together in unity and with a singular purpose in mind.  I am privileged to be here today to speak to what local and municipal governments have done and continue to do to eradicate racial discrimination in our cities.

A few of the programs we have put in place deserve particular mention.  For example, we have created civic reintegration after incarceration programs within our Municipal court system, incorporated human rights curriculums at all levels of our public schools and have worked with our colleges and universities to successfully encourage them to offer human rights studies programs so that all of our young leaders who graduate, will have an awareness of humans issues around the world.

Birmingham is a changed city, thanks in part to programs and initiatives that continually remind us that the fight for equality is ever present. Mr. Chairman, having been born into a segregated society having seen all of the changes that have occurred over the past 50 years, primarily through the work of brave men and women who sacrificed and put their lives on the line, I know that change can come. It has been referenced earlier about the passage of the Civil Rights Bill in 1964 and the Voting Rights Bill in 1965.  I am a direct result of the initiative that was taken by our federal government to assure that all of our citizens be treated fairly and equally, and that all of our citizens have access to the ballet box and can fully participate in the electoral process.  I stand ready to answer any questions that you might have about our local efforts or how they fit into the overall efforts of the United States to ensure that everyone is treated with dignity and fairness no matter what their station in life might be. Thank you.