Ambassador Harper: Opening Remarks at U.S. Presentation to the Committee on the Elimination of Racial Discrimi
By U.S. Mission Geneva
5 MINUTE READ 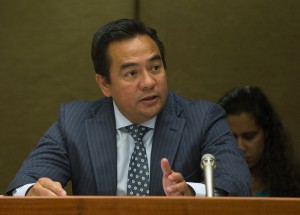 Mr. Chair, distinguished members of the Committee, representatives of civil society, ladies and gentlemen: I am Ambassador Keith Harper, the Representative of the United States to the UN Human Rights Council.

The United States strongly supports the elimination of all forms of racial discrimination.  We do so in the context of our commitment to build a country and a world characterized, as President Obama has said, by “a just peace based on the inherent rights and dignity of every individual.”

It is therefore a great pleasure for me to appear before you today and present an experienced, senior-level delegation from the United States.  We are here to discuss with you the most recent U.S. periodic report on the implementation of the International Convention on the Elimination of All Forms of Racial Discrimination.  The members of this delegation are honored to be here to share information with this Committee, civil society, Native American tribes, and the public on how our Convention obligations are implemented in the United States.

I plan to make short remarks, after which I will turn the floor over to Paula Schriefer, Deputy Assistant Secretary of State, Bureau of International Organization Affairs. Following Paula, two of our colleagues from the Department of Justice – (1) the U.S. Attorney for the Eastern District of New York, Ms. Loretta Lynch and (2) Mr. Mark Kappelhoff, Deputy Assistant Attorney General for Civil Rights will provide remarks as well, followed by Ms. Catherine Lhamon, Assistant Secretary for Civil Rights at the Department of Education, who also will address the Committee with short opening statements.   Finally, our distinguished colleagues from the state and local governments, Arkansas Attorney General Dustin McDaniel and Mayor William Bell from Birmingham, Alabama will make short statements as well.

The United States is a vibrant, multi-racial, multi-ethnic, and multi-cultural democracy, in which individuals are protected against discrimination based on race, color, and national origin under the U.S. Constitution and federal laws, as well as under the constitutions and laws of the states and other governmental units.  As noted in our report, the United States has made great strides towards eliminating racial discrimination.  This progress is reflected in many levels in our society as will be elaborated further by my colleagues on our delegation. But one notable indicator of this is our country’s political leadership.  Thirty years ago, the idea of having an African-American president would not have seemed possible.  Today it is reality.  The nation’s top law enforcement officer, our Attorney General, is also African-American.  Three of the last five Secretaries of State have been women, and two have been African-American.  We have appointed Justice Sonia Sotomayor, the first Latina Supreme Court Justice.

As a member of the Cherokee Nation of Oklahoma I am proud to be the first Native American to be U.S. Ambassador to the Human Rights Council.  On a related note, I would like to congratulate the Chairperson of this Committee as the first indigenous Chairperson of any human rights treaty body.

While we have made visible progress that is reflected in the leadership of our society, we recognize that we have much left to do.  Issues covered by this Convention are of such fundamental and deep importance that we must continue to make progress.  For this reason, we value the opportunity for dialogue with the Committee.  We hope and expect it to generate new ideas, to identify new ways to address persistent challenges, and to assist us in our ongoing efforts to improve.  And for that, we are grateful.

With that, I am honored to turn over to Paula Schriefer, Deputy Assistant Secretary to make some opening remarks and to introduce the members of the delegation.
Thank you, Mr. Chair.