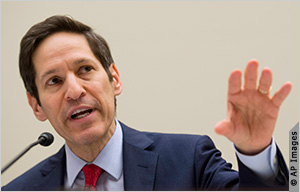 CDC’s 24/7 mission is to prevent, detect and stop disease outbreaks wherever they occur and to improve public health both at home and abroad. CDC has contributed to the World Health Organization’s efforts to control the Ebola outbreak in West Africa since the start of the outbreak in March. CDC now is taking a more active role, and has been invited by WHO to provide leadership on the technical front, CDC said on its website August 6.

CDC said it has activated its Emergency Operations Center to its highest response level.

“The bottom line with Ebola is we know how to stop it: traditional public health. Find patients, isolate and care for them; find their contacts; educate people; and strictly follow infection control in hospitals. Do those things with meticulous care and Ebola goes away,” said CDC Director Tom Frieden.

CDC is rapidly sending more disease-control experts to the four nations reporting cases. CDC announced in early August that 50 more disease-control experts will be in the region within 30 days. Some staff have completed their deployments and are rotating out but overall staff numbers are increasing, CDC said. As of August 4, CDC staff deployments were:

• Sierra Leone: nine deployedThis sustained, agencywide response will continue until the outbreak is under control, an effort expected to take three to six months, CDC said.

In West Africa, CDC disease detectives are directing efforts to pinpoint cases and their contacts using a new tool developed at CDC. This Epi Info viral hemorrhagic fever application speeds up one of the most difficult parts of disease detection: finding everyone exposed to the virus, CDC said.

Other CDC experts will educate the general public about how to avoid Ebola infection, ensure that health care personnel strictly follow protocols that protect them against infection, and strengthen laboratory aspects of the response.

CDC personnel also will work to improve communications among the public, patients and their families, health care workers, governments and nongovernment organizations, and the media.

CDC efforts are not confined to West Africa, the agency said. At home, CDC has updated infection-prevention protocols for hospitals where travelers with suspected Ebola exposures may arrive for treatment; for aircraft crew and airport personnel; and for laboratories handling specimens from suspected Ebola cases.

“Working with our partners, we have been able to stop every prior Ebola outbreak, and we will stop this one,” CDC Director Frieden said in congressional testimony August 7. “It will take meticulous work. It’s like fighting a forest fire: leave behind one burning ember, one case undetected, and the epidemic could re-ignite. Ending this outbreak will take time, at least three to six months in a best-case scenario, but this is very far from a best-case scenario. Once this outbreak is controlled, we will leave behind stronger systems to prevent, detect and stop Ebola and other outbreaks before they spread.”

Global health security is a shared responsibility that cannot be achieved by a single entity or sector of government, Frieden added. “In partnership with other nations and international organizations, the United States is committed to accelerate progress toward a world safe and secure from infectious disease threats and to promote global health security as an international priority.”