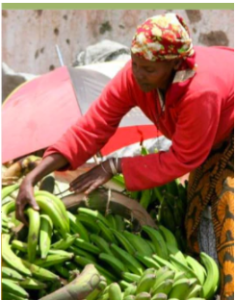 Regional free-trade agreements facilitate the free flow of goods and services across borders by reducing traditional trade barriers such as tariffs, quotas and bans. Establishing an environment of unrestricted, nonbiased trade fosters competition, inspires innovation and benefits all parties.

While international competition may harm some domestic industries, it ultimately results in greater economic and social stability for countries, access to new markets and increased capital for businesses, and lower prices and more choices for consumers.

The competition, innovation and knowledge transfer stimulated by free trade generate growth in developed and developing countries alike. According to the International Monetary Fund (IMF), Bhutan experienced more than a 77 percent increase in its gross domestic product (GDP) since signing the South Asian Free Trade Area (SAFTA) agreement. Other SAFTA countries such as India and Sri Lanka have experienced similar growth.

Beyond bolstering a country’s economy, free trade enhances a country’s investment appeal. By reducing trade restrictions and encouraging greater transparency, regional free-trade agreements create an economic predictability that eases investors’ concerns and increases the likelihood of investment. According to the World Bank, for example, net inflows of foreign direct investment (FDI) to Kenya increased by more than 250 percent after it helped form the East African Community (EAC) trading bloc.

For example, Mexico’s poverty rate, defined by the World Bank as the percentage of the population living on less than $2 a day, has decreased 63 percent since the country signed the North American Free Trade Agreement (NAFTA) in 1994. Moreover, Mexican sectors that export 60 percent or more of their products pay wages 39 percent higher than Mexican sectors that do not.

Canada has also experienced NAFTA’s societal benefits; according to the World Bank, the country has seen a 23 percent drop in unemployment since signing the regional free-trade agreement.

For Rwanda, joining the EAC has contributed to a 220 percent reduction in corruption, according to the World Bank’s Worldwide Governance Indicators (WGI). Other countries have also reaped the political benefits of free trade. El Salvador, for example, has improved its WGI rule-of-law rating by 92 percent and its regulatory quality rating by 388 percent since joining the Dominican Republic–Central America–United States Free Trade Agreement (CAFTA-DR). Fellow signatories Honduras and Nicaragua have made comparable improvements.

The political stability and personal prosperity furthered by free trade also lead to enhanced regional security and stability. When countries trade freely, they become economically engaged with one another and are less likely to go to war. For example, since forming the European Union, the continent that staged two World Wars is now home to some of the world’s most peaceful countries. Simply put, the path to prosperity is also a path to peace.