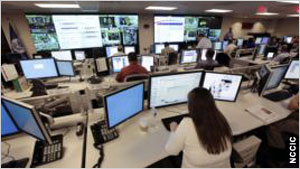 This op-ed by President Obama was originally published in the The Wall Street Journal on July 19. There are no republication restrictions for use by U.S. embassies.

Last month I convened an emergency meeting of my cabinet and top homeland security, intelligence and defense officials. Across the country trains had derailed, including one carrying industrial chemicals that exploded into a toxic cloud. Water treatment plants in several states had shut down, contaminating drinking water and causing Americans to fall ill.

Our nation, it appeared, was under cyber attack. Unknown hackers, perhaps a world away, had inserted malicious software into the computer networks of private-sector companies that operate most of our transportation, water and other critical infrastructure systems.

Fortunately, last month’s scenario was just a simulation — an exercise to test how well federal, state and local governments and the private sector can work together in a crisis. But it was a sobering reminder that the cyber threat to our nation is one of the most serious economic and national security challenges we face.

So far, no one has managed to seriously damage or disrupt our critical infrastructure networks. But foreign governments, criminal syndicates and lone individuals are probing our financial, energy and public safety systems every day. Last year, a water plant in Texas disconnected its control system from the Internet after a hacker posted pictures of the facility’s internal controls. More recently, hackers penetrated the networks of companies that operate our natural-gas pipelines. Computer systems in critical sectors of our economy—including the nuclear and chemical industries—are being increasingly targeted.

It doesn’t take much to imagine the consequences of a successful cyber attack. In a future conflict, an adversary unable to match our military supremacy on the battlefield might seek to exploit our computer vulnerabilities here at home. Taking down vital banking systems could trigger a financial crisis. The lack of clean water or functioning hospitals could spark a public health emergency. And as we’ve seen in past blackouts, the loss of electricity can bring businesses, cities and entire regions to a standstill.

This is the future we have to avoid. That’s why my administration has made cybersecurity a priority, including proposing legislation to strengthen our nation’s digital defenses. It’s why Congress must pass comprehensive cybersecurity legislation.

Yet simply sharing more information is not enough. Ultimately, this is about security gaps that have to be filled. To their credit, many of these companies have boosted their cyber defenses. But many others have not, with some lacking even the most basic protection: a good password. That puts public safety and our national security at risk.

The American people deserve to know that companies running our critical infrastructure meet basic, commonsense cybersecurity standards, just as they already meet other security requirements. Nuclear power plants must have fences and defenses to thwart a terrorist attack. Water treatment plants must test their water regularly for contaminants. Airplanes must have secure cockpit doors. We all understand the need for these kinds of physical security measures. It would be the height of irresponsibility to leave a digital backdoor wide open to our cyber adversaries.

This approach stays true to our values as a society that cherishes free enterprise and the rights of the individual. Cybersecurity standards would be developed in partnership between government and industry. For the majority of critical infrastructure companies already meeting these standards, nothing more would be expected. Companies needing to upgrade their security would have the flexibility to decide how best to do so using the wide range of innovative products and services available in the marketplace. Moreover, our approach protects the privacy and civil liberties of the American people. Indeed, I will veto any bill that lacks strong privacy and civil-liberties protections.

This is exactly the kind of responsible, collaborative approach to an urgent national-security challenge that Americans expect but that Washington too rarely provides. It reflects the insights and ideas of industry and civil libertarians. It is sponsored by a bipartisan group of senators. It is supported by current and former homeland security, intelligence and defense leaders from both Republican and Democratic administrations.

Today we can see the cyber threat to the networks upon which so much of our modern American lives depend. We have the opportunity — and the responsibility — to take action now and stay a step ahead of our adversaries. For the sake of our national and economic security, I urge the Senate to pass the Cybersecurity Act of 2012 and Congress to send me comprehensive legislation so I can sign it into law.

It’s time to strengthen our defenses against this growing danger.

(Mr. Obama is president of the United States.)
More Coverage: