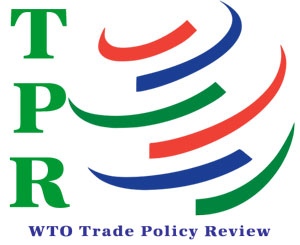 Geneva,
November 14, 2011
Thank you, Chair.  I will follow the Chair’s guidance and minimize welcoming and common courtesies in my opening remarks, although I hope that Ecuador recognizes that our welcome and thanks are nonetheless there.

The United States is pleased to note that Ecuador has weathered the recent global economic downturn relatively well, as the economy grew by 3.6% in 2010, and is expected to grow by another 5.1% in 2011.  The economy has benefited from higher prices for oil exports and a strong rebound in domestic demand, especially public investment in infrastructure projects.

However, the United States is concerned that Ecuador’s economy remains vulnerable to future external shocks due to its over dependence on oil export revenues and expatriates’ remittances. While we recognize that Ecuador’s monetary regime, which includes “dollarization,” has contributed to relatively low inflation rates, it has limited Ecuador’s macroeconomic policy options in responding to such shocks.  Ecuador’s fiscal deficit increased to 5.1% of GDP in 2009, largely due to the drop in revenues from oil exports, and increased public spending, which caused a saving-investment gap in Ecuador’s current account. The Government responded by imposing quantitative restrictions and a tariff surcharge on a large number of imported products which resulted in an excess of Ecuador’s bound tariff rates from January 2009 to July 2010.

The United States is also concerned that since 2009, FDI inflows to Ecuador have dropped considerably, mainly due to new economic and trade development goals based on the 2008 Constitution.  Foreign investment may not only have helped Ecuador bridge its national saving and gross domestic investment gap in 2009 and 2010, but investment also helps disseminate know-how and new technology, which is the main source of long term productivity growth, and helps increase competitiveness.  Ecuador generally ranks poorly in global comparisons of economic competitiveness. Indeed, the World Economic Forum’s Global Competitiveness Index rated Ecuador 105th out of 139 countries for 2010-11.

Although Ecuador has proceeded with reforms of tariff and non-tariff measures since its TPR in 2005, regrettably Ecuador still clings to its inward-looking approach, placing increased emphasis on the use of these and other measures to implement, as the Secretariat says, “its endogenous economic and social development strategy in accordance with new priorities, including import substitution in certain sectors.” A lack of transparency in Ecuador’s legal framework has also caused concern for foreign investors.  Even though Ecuador has passed new legislation in several trade and trade-related areas since 2008, no comprehensive regulatory reform has been undertaken to simplify the existing legal framework.  For example, in its Report, Ecuador says it will discourage imports that adversely effect national production, the population, and nature, but does not explain how “adverse effect” is defined or determined.  This uncertainty in many aspects of Ecuador’s trade policy contributes greatly to the difficulties of firms, particularly small and medium-sized enterprises, trying to invest in and trade with Ecuador. This negatively impacts Ecuador’s ability to compete.  We ask Ecuador to more fully explain this process in light of its WTO obligations, since Ecuador has, in the past, restricted imports on some commodities with the explicit goal of protecting domestic producers.

Furthermore, while Ecuador has tried to provide updated WTO notifications, a number of them remain outstanding. Specifically, Ecuador has failed to adequately submit the ad valorem equivalents (AVE) for over 300 tariff lines or the methodology and calculations used to calculate the AVE. We are concerned that Ecuador believes the AVE on these tariff lines to be 30 percent, which, when applied to items worth $29 or less under the mixed tariff scheme for footwear and all textile and apparel items, would be charged a duty higher than 30 percent of the value of the goods.  Ecuador has not replied to Members’ questions contained in G/C/W/639 addressing the reasons why Ecuador modified its tariffs on these items.  We reiterate our request that Ecuador please provide the reasons why it modified its tariffs on the over 300 tariff lines covered by Presidential Decrees 367 and 372.

The Secretariat’s Report also points out that while Ecuador’s average applied MFN tariff rate dropped from 11.4% in 2005 to 9.3% in 2011, the average MFN tariff for agricultural products rose from 16.7% to 19.6% during the same time period, and is among the highest in the region. Furthermore, 19 ten digit lines exceed the bound rates by 5 to 15 percentage points; and, the use of compound rates on items bound on an ad valorem basis, and Ecuador’s non submission of their ad valorem equivalents (AVEs) casts doubt, as the Secretariat says, “on whether these rates are within their binding levels”.

Ecuador has also failed to notify the WTO of new import licensing procedures, and SPS standards for imports, among others. It is not clear why Ecuador applies different standards between Andean Community members and third countries.  In the spirit of transparency we are interested to know when Ecuador will notify each of the outstanding practices identified in the Secretariat’s Report for this TPR, including those required by the TBT, SPS and TRIPS agreements, and how Ecuador will ensure that the timely notification of future regulations is accomplished.

With regard to TRIPS, the Secretariat says that the 2008 Constitution prohibits the appropriation of ancestral (otherwise, traditional) knowledge on biodiversity. We would ask Ecuador to explain this exclusion in light of TRIPS Article 27, which requires patents to be made available without discrimination in the field of technology. In addition, the Ecuadoran IP law extends protections to geographical indications. However, it is unclear whether the law provides the legal means for interested parties to prevent the use of misleading geographical indications in light of Article 22 of the TRIPS Agreement. Adequate and effective protection of intellectual property, in our view, is a critical factor in the pursuit of fostering investment and enhancing innovation and creativity.  We hope that Ecuador will reconsider these restrictions and take the necessary steps to ensure their consistency with the WTO.

The United States is also concerned about the effective enforcement of IP rights. Although Ecuador has a relatively comprehensive legal framework, it is unclear whether a criminal ex officio authority exists to initiate legal or administrative claims on behalf of IP rights holders. We ask Ecuador to confirm whether an ex officio authority exists. In addition, we ask Ecuador to explain why it is difficult for courts to ensure compliance with their orders regarding IP rights.

Finally, the Secretariat reports that criminal penalties and fines for copyright infringement are low, and that Ecuador indicated that they are being revised. We look forward to an update on what, if any, other amendments Ecuador is making to its intellectual property laws.

The United States appreciates the opportunity to engage in this dialogue, and we look forward to discussing further Ecuador’s trade policy regime.  We appreciate the answers that Ecuador probided and will examine them, in particular, to prepare for the second day of this review.  We also look forward to working with Ecuador and with other Members as together we take steps to strengthen the rules-based multilateral trading system.  In closing, we wish Ecuador a successful review.  Thank you.