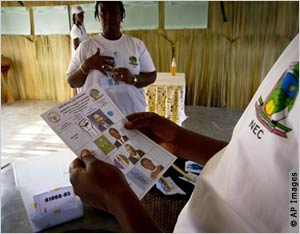 Washington — Rwanda’s progress since the genocide of 1994 has been remarkable and is a testament to the people in facing and overcoming staggering challenges, a senior White House official says. But despite such progress and the recent re-election of President Paul Kagame, the United States remains concerned over recent events in Rwanda, Mike Hammer, a spokesman for the U.S. National Security Council, said in a White House statement August 13.

The August 13 statement congratulated the Rwandan people for their national election on August 9, which boasted a 97 percent voter turnout. President Kagame won re-election with approximately 93 percent of the vote, according to the National Electoral Commission in Kigali.

Hammer said the United States remains concerned about a series of events before the election, including the suspension of two newspapers, the expulsion of a human rights researcher, the barring of two opposition parties from taking part in the election and the arrest of journalists.

“No one should underestimate the enormous challenges born of the genocide in 1994. Rwanda’s progress in the face of these challenges has been remarkable, and is a testament to the people of Rwanda,” Hammer said. “Rwanda’s stability and growing prosperity, however, will be difficult to sustain in the absence of broad political debate and open political participation.”

“Democracy is about more than holding elections,” Hammer said. “A democracy reflects the will of the people, where minority voices are heard and respected, where opposition candidates run on the issues without threat or intimidation, where freedom of expression and freedom of the press are protected.”

Hammer said the United States has expressed concerns to the Rwandan government. He expressed hope that the leadership will take steps toward greater democratic governance, increased respect for minority and opposition views and continued peace.

At an August 9 State Department briefing, department spokesman P.J. Crowley told reporters “We are encouraged that the elections appear to have come through peacefully and in an orderly fashion. We have expressed concerns in the run-up to these elections regarding what appear to be attempts by the government of Rwanda to limit freedom of expression.”

Catherine Ashton, the European Union’s high representative for foreign affairs and security policy, told reporters in Brussels that while the election was successful, there are lingering concerns about some pre-election incidents. A further opening of public debate and greater political participation, she said, would strengthen the accomplishments achieved by the Rwandan people.