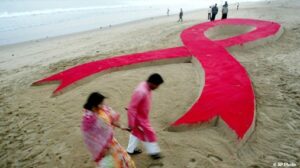 In light of the International AIDS Society conference being held in Vienna this week, many people have raised questions about the Obama Administration’s commitment to the fight against HIV/AIDS.

The Obama Administration has made a significant investment – and increases – in our efforts to fight HIV/AIDS and improve the health of those living in developing countries. President Obama requested increases for the President’s Emergency Plan for AIDS Relief (PEPFAR) in both his FY 2010 and FY 2011 budgets, as part of a $63 billion Global Health Initiative (GHI). In fact, the FY 2011 request is the largest request to date in a President’s Budget, and the program is slated to increase in the years ahead. The President’s FY 2011 budget request for the Global Fund is the largest request ever and represents a doubling of the budget request from FY 2009. Between 2004 and 2008, the U.S. devoted a cumulative $17 billion to the global fight against HIV/AIDS. In 2011 alone, the President request nearly $7 billion. In addition, the United States will not be reducing the number of people it is supporting on anti-retroviral (ARV) drugs. During FY 2009, PEPFAR increased the number of people directly supported on treatment from 1.7 million to nearly 2.5 million. The numbers of those treated in coming years will not be reduced either. By 2014 the United States will be supporting more than 4 million people on anti-retroviral treatments.

As a UNAIDS report documented just days ago, the United States provided 58 percent of all funds worldwide to fight HIV/AIDS in developing countries. Furthermore, while numerous developed countries were cutting back on their support for HIV/AIDS between 2008 and 2009, the United States actually increased its funding by more than 10 percent. The fact that these increases were done during the worst recession in a generation and a deteriorating fiscal situation speaks volumes about the President’s – and our country’s – commitment to the fight against the HIV/AIDS epidemic.

Second, these arguments about dollars spent miss the point:

The amount of money spent on HIV/AIDS cannot be the measure of success. The right measures are lives saved and lengthened. There is not a simple equation of dollars in and lives saved. There is huge variation in costs, and improvements in how we deliver care and ARV treatments can save money that can be used to treat more people living with AIDS. More importantly, what it takes to save lives of those with HIV and those most at risk to contract it is a comprehensive approach that recognizes the roles of other diseases (many inexpensively preventable), child and maternal health, and strong health systems play in saving lives and solidifying health gains in developing nations.

This comprehensive approach is what the President’s GHI is all about. It recognizes that we cannot treat our way out of the HIV-AIDS epidemic. The key to ending it is to reduce the number of those who become HIV-positive in the long-term – and that takes improving their overall health and the health systems around them. After all, patients don’t come to doctors with one disease or condition, and our response shouldn’t focus on solely one as well.

President Obama believes we must work toward a future free of HIV/AIDS. There is no retreat and no alternative. The facts demonstrate the President is leading the world in making that vision a reality.