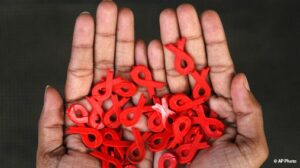 Washington ? With the HIV/AIDS epidemic still raging and the global economic crisis threatening desperately needed funding, an estimated 20,000 participants from 185 countries are assembling in Vienna July 18–23 for the 18th International AIDS Conference (AIDS 2010).

Since the first cases were reported in 1981, HIV ? the virus that causes acquired immunodeficiency syndrome (AIDS) ? has become one of the world’s most serious health and development challenges. More than 25 million people have died of AIDS, and another 33.4 million now live with HIV/AIDS.

Over the past 15 years, scientific advances and global efforts to address the epidemic have made it possible to prevent and treat HIV even in the poorest nations. According to the World Health Organization, the number of people with HIV receiving treatment in poor countries has increased 10-fold since 2002.

AIDS 2010 speakers will describe the state of the epidemic and outline critical choices facing world leaders in the years ahead.

“This year’s conference theme, ‘Rights Here, Right Now,’ reminds us that health care should be a right for everyone, but isn’t,” former U.S. President Bill Clinton said at the opening conference session July 18. “Notwithstanding the current economic difficulties, the evidence of the progress that has been made in the last few years is not an excuse to walk away from that right. It’s an excuse to run toward it for all of us.”

According to conference organizers, Vienna was chosen as the host city for AIDS 2010 in part because of its location near Eastern Europe, a region with a growing epidemic driven mainly by injected drug use. Southern Africa, home to 67 percent of all people with HIV, is the world’s most heavily affected region.

Since the first international AIDS conference was held in Atlanta in 1985, the meetings have offered a multidisciplinary forum for networking and sharing information about new research and evidence-based programs and policies. A range of stakeholders has been able to evaluate the latest scientific developments and lessons learned and chart a course forward.

In a July 7 preview of AIDS 2010 in Washington, Dr. Anthony Fauci, director of the National Institute for Allergy and Infectious Diseases, part of the U.S. National Institutes of Health, said pressing topics at the meeting would include universal access to treatment, the importance of prevention, and new modes of prevention that include vaccine progress and treatment with antiretroviral drugs as a way to prevent HIV transmission.

Results of a study of a new microbicide gel that contains an antiretroviral drug will also be shared at the conference. A microbicide is a gel or cream that women could use before or after sex to protect themselves from infection.

“If the microbicide does work,” he said, “it will be the first time that a microbicide has been shown to have a positive effect.”

Treatment with anti-retroviral drugs also can be a form of prevention, Fauci said in a recent interview with America.gov.

If you get the virus level down in people who are infected,” he said, “they are much less likely to infect other people.”

“There’s going to be a lot of talk about how do we pay for this,” Jon Cohen, a reporter for Science magazine who is providing coverage of the meeting for the Kaiser Family Foundation, said in an interview July 17.

“The dreams, what people want to see happen, are great,” he said. “The rich countries of the world are all feeling like they have empty pockets and the aspirations are higher than ever. There will be a lot of conflict and a lot of discussion about how do we pay for what we want to do and what we’ve promised people we’re going to do.”

A week before AIDS 2010, on July 13, the United States — where 1 million people live with HIV/AIDS and one person becomes infected with HIV every 9.5 minutes — released its own national HIV/AIDS strategy (PDF, 1.37 MB).

In the report, the vision is that “the United States will become a place where new HIV infections are rare and when they do occur, every person, regardless of age, gender, race/ethnicity, sexual orientation, gender identity or socioeconomic circumstance, will have unfettered access to high quality, life-extending care, free from stigma and discrimination.”

“They must be pursued hand in hand with our global public health strategy to roll back the pandemic beyond our borders,” he said. “And they must be pursued by a government that is acting as one. So we need to make sure all our efforts are coordinated within the federal government and across federal, state and local governments, because that’s how we’ll achieve results that let Americans live longer and healthier lives.”

Use of Generic Antiretroviral Drugs and Cost Savings in U.S. HIV Treatment Programs

DipNote: An Update From The International AIDS Conference in Vienna