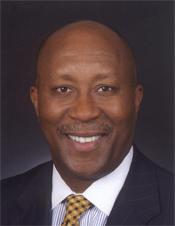 Washington – U.S. Trade Representative Ron Kirk and Indian Minister of Commerce and Industry Anand Sharma today signed a “Framework for Cooperation on Trade and Investment”. This agreement strengthens bilateral cooperation and seeks to build on recent rapid growth in U.S.-India trade, which has more than doubled over the past five years. In the first significant step taken under the Framework, Ambassador Kirk and Minister Sharma today also announced the launch of an initiative called “Integrating U.S. and Indian Small Businesses into the Global Supply Chain,” which will expand trade and job-creating opportunities for U.S. and Indian companies, big and small, and will directly support both President Obama’s National Export Initiative and Prime Minister Singh’s recently-introduced budget objectives.

“There is almost limitless potential for growth in trade between our two countries, and that can contribute to economic recovery and job creation in the United States and continued economic growth in India,” said Ambassador Kirk. “We can realize that potential by working together toward the goals set forth in the Framework agreement, such as developing and enforcing policies that encourage technological innovation, increasing agriculture, services, and industrial goods, and increasing investment flows. Closer collaboration with entrepreneurs and private sector leaders in both our countries will enhance our work.”

“The trade and investment between our two countries has been growing steadily and is broadly balanced. It has benefitted both countries. However, the numerous synergies which link our two economies have not been tapped fully as yet. By signing this Framework for Cooperation on Trade and Investment we want to create the right environment to ensure that the relationship brings maximum benefit to the maximum number of people. We will do so by promoting inclusive growth,” said Minister Sharma. “We also intend to use this Framework to encourage the development and deployment of clean energy and environmental technologies as well as to support India’s infrastructure growth. Further, we have recognized the contribution and potential of Small and Medium Enterprises in our Trade and Investment agenda by adopting the SME initiative to create fresh opportunities for small and medium enterprises in both the countries and help in integrating them in the Global supply chain.”

Ambassador Kirk and Minister Sharma announced their intent to finalize the “Framework for Cooperation on Trade and Investment” when they co-chaired the U.S.-India Trade Policy Forum meeting in New Delhi on October 26, 2009. The two governments agreed to work together to support greater involvement by small and medium-sized enterprises in each other’s markets, and to pursue initiatives in the further development of India’s infrastructure, and collaboration on clean energy and environmental services, information and communications technologies (ICT), and other key sectors.

Under the “Framework for Cooperation on Trade and Investment,” the United States and India intend to meet the objectives of developing and enforcing trade policies and fostering a trade-enhancing environment by undertaking initiatives to help us meet those goals. Examples include increasing opportunities for private sector partnerships in infrastructure projects; enhancing IPR awareness and enforcement; promoting increased bilateral cooperation in the healthcare, education, information technology, energy and environmental services industries; working to empower women and disadvantaged groups; creating greater mutual understanding of respective approaches to government procurement; and SME development.

The “Integrating U.S. and Indian Small Businesses into the Global Supply Chain” initiative could create new opportunities for U.S. and Indian SMEs as well as large firms in the dynamic U.S.-India commercial relationship through greater public awareness, enhanced public-private collaboration, and a sharper focus on the benefits of large company and SME collaboration.

Ambassador Kirk and Minister Sharma also hosted a meeting of a restructured Private Sector Advisory Group (PSAG) to the Trade Policy Forum. This group of American and Indian trade experts will provide strategic counsel to enhance the two governments’ efforts to increase bilateral trade and investment. The members of the PSAG also offered to work as implementing partners for initiatives undertaken by the Trade Policy Forum, including the small business initiative announced today.

The United States-India Trade Policy Forum (TPF), established in July 2005, is the principal bilateral forum for the two governments to discuss the entire spectrum of trade and investment issues. The TPF is co-chaired by the United States Trade Representative and the Indian Minister of Commerce and Industry. Issues and concerns are discussed in detail through the TPF’s five “Focus Groups”, covering Agriculture, Innovation and Creativity (Intellectual Property Rights), Investment, Services, and Tariff and Non-Tariff Barriers. The dialogue addresses a wide range of issues and undertakes initiatives in key sectors to create momentum for expanding bilateral trade.