Panel Discussion on the Right to Truth
By U.S. Mission Geneva
3 MINUTE READ 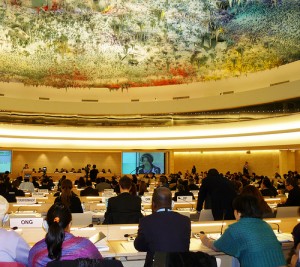 The United States is pleased to participate in this panel on the Right to Truth and to make this statement in support of the work on the right to truth by this panel, the Human Rights Council, Governments, the Office of the High Commissioner, and civil society. We thank in particular the Delegation of Argentina for first putting this important matter before the Commission on Human Rights in 2005. Respect for the right to truth serves to advance respect for the rule of law, transparency, honesty, accountability, justice, and good governance – all key principles underlying a democratic society.

One of the core tenets guiding our participation as a member of the Human Rights Council is fidelity to the truth.

Although the United States is not a party to Additional Protocol I to the Geneva Conventions, at the ICRC Conference on the Missing in February 2003, as well as at the 28th ICRC/Red Cross Conference in December 2003, we acknowledged that a right to know is referred to in Article 32 of that Additional Protocol. Furthermore, we support the principle that families have a right to know the fate of their missing family members.

In conclusion, we underscore that the right to the truth is inextricably linked to the promotion of democratic ideals, human rights, and justice.