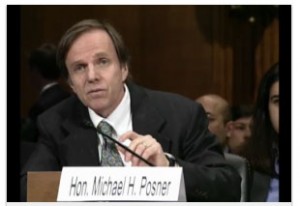 Statement before the Senate Judiciary Human Rights and the Law Subcommittee

Chairman Durbin, Senator Coburn and Members of the Committee, thank you for holding this important hearing. I am pleased to be with you today to discuss U.S. efforts to promote and protect Internet freedom.

This past year we have seen more and more people around the globe gaining greater access to more information through the Internet, cell phones and other forms of connection technologies. From Iran to China, from Egypt to Colombia, activists, journalists and ordinary citizens are using digital technologies to spread and access information in real time. Simultaneously, too many governments are spending more time, more money and more attention to implement regulatory and technical mechanisms that are intended to curtail freedom of expression and the free flow of information.1

As the Internet and other connection technologies evolve and the number of users multiplies, the State Department is committed to defending freedom of expression and the free flow of information on this new terrain of the 21st century. In her recent speech at the Newseum, Secretary Clinton emphasized that the defense of a free, open and interconnected Internet is in our national and global interests and is important for commerce, for diplomatic and political relations, and for building sustainable democratic societies.

The Department is committed to implementing the Secretary’s vision for Internet freedom. In partnership with Members of Congress, with increased resources and through a variety of tactics, we are working to promote Internet freedom as a key component of our foreign policy.

Economics and for Global Affairs reflects the Department’s commitment to aligning our principles with our business interests.

The Department funds programs that support unrestricted access to online content through technology, training and increased access for marginalized groups. Beginning in 2008, the Bureau of Democracy, Human Rights and Labor (DRL) has implemented $15 million in programming in support of Internet freedom, and we will soon award more than $5 million in additional funding.

The goal of DRL’s Internet freedom programming is simple: unfettered, safe access to information and communications for more people in more places.

To achieve this objective, we support the development of new tools that enable individuals to exercise their right to freedom of expression by circumventing politically motivated censorship and technological barriers to secure person-to-person communications. We fund groups around the world to make sure these tools get to the people who need them, in their local languages. And we provide training in how to access and use the Internet safely. In our latest request for proposals, we focused on access to information on mobile devices and cyber-security for NGOs and digital activists, which we have identified as emerging trends.

But DRL is not the only government entity focusing on this issue; others, such as USAID and the Office of the Middle East Partnership Initiative (MEPI), also fund innovative programs that promote freedom of expression and the free flow of information on the Internet and other connection technologies:

* Both USAID, through its democracy and governance programs, and DRL, through its human rights and democracy programs, train journalists, civil society activists, and political parties in the use of new Internet and other digital technologies to disseminate messages, empower individual voices, and encourage transparency. USAID and DRL media programs support citizen journalists and work to promote a legal framework that allows for freedom of expression and independence in both print and Internet media.

* USAID recently launched a public-private partnership with the Knight Foundation to implement the MATADOR (Media Assistance utilizing Technological Advancements and Direct Online Response) program, which trains and supports civil society groups and NGOs in the use of new media technologies that enhance communication and coordination efforts.

* This year, MEPI plans to support a series of pilot projects to expand the new media capabilities of civil society and enhance online learning opportunities in the Middle East and North Africa.

In addition to programming, the Department advances Internet freedom through official human rights dialogues and economic dialogues, and in multilateral organizations. For example, we will make Internet freedom an important agenda item in the upcoming Communications and Information Policy Dialogue and the Human Rights Dialogue with China. I have raised the issue in informal meetings with government counterparts, as have Ambassador Phil Verveer and Under Secretaries Hormats and Otero. We are deploying our diplomatic resources not only to speak out when threats to Internet freedom arise, but also to build alliances to promote Internet freedom.

From 2007 to 2009, the Department has funded spatial analysis of blogospheres in order to better understand relationships among interests within particular language groups.

Through the NetFreedom Taskforce, we have established a working-level group on Internet freedom that will staff the Under Secretaries on these issues. It will meet regularly to coordinate and implement policy, activities and programming on the topic. We are using technology to improve coordination and information-sharing among this group so that we are better able to quickly identify emerging threats to Internet freedom.

The third and final principle guiding our Internet freedom efforts is responding to threats to Internet freedom. As threats arise, we will work diligently to ensure that all State and government-wide assets provide a coordinated and effective response, including diplomatic, technical and public diplomacy strategies. We engage vigorously with foreign governments when bloggers or digital activists have come under attack or when content or services are blocked. For example, when a popular social networking site was blocked in Vietnam late last year, we raised the issue with government officials in Washington and Hanoi. When bloggers, in countries such as China and Egypt, are

threatened and persecuted for what they post online, we speak out on their behalf. And when countries adopt repressive laws that restrict Internet access, we speak out against those efforts, as we have in Kazakhstan and Belarus, and pursue bilateral and multilateral initiatives to address the problems.

We also engage with technology firms and civil society organizations on the issue of censorship. As referenced in the Secretary’s speech at the Newseum, Under Secretaries Hormats and Otero will convene a meeting of technology executives this Thursday at the State Department to discuss Internet freedom. I will be part of that meeting, as will Ambassador Verveer. Both Ambassador Verveer and I have been meeting with NGOs and companies since the Secretary’s speech and will continue to seek their input as we develop our policy in response to new threats and emerging trends. The NetFreedom Taskforce will convene a meeting this summer with external stakeholders to address emerging threats and opportunities to promote Internet freedom.

The Department is supportive of voluntary action by industry to improve Internet freedom, such as through the Global Network Initiative (GNI), a multi-stakeholder initiative that includes companies, NGOs, investors and academics. We share your enthusiasm for action by companies on this issue in a multi-stakeholder setting, with a clear set of principles, guidelines for implementing those principles, and a means for verifying compliance.

Finally, Mr. Chairman, our partnership with and support from those in Congress, like you and this Committee, are important and vital to this issue. It will be very helpful to have both the Executive and Legislative branches signaling the importance of Internet freedom and freedom of expression. I want to thank you again for convening this hearing, for the very important and timely work of this Committee, and for your leadership. I am keen to continue the conversation, consult with the Committee on the issue of Internet freedom and to work together in the future to advance Internet freedom. I am happy to answer your questions.